On Thursday, an advisory panel will consider recommending the vaccine for an emergency use authorization 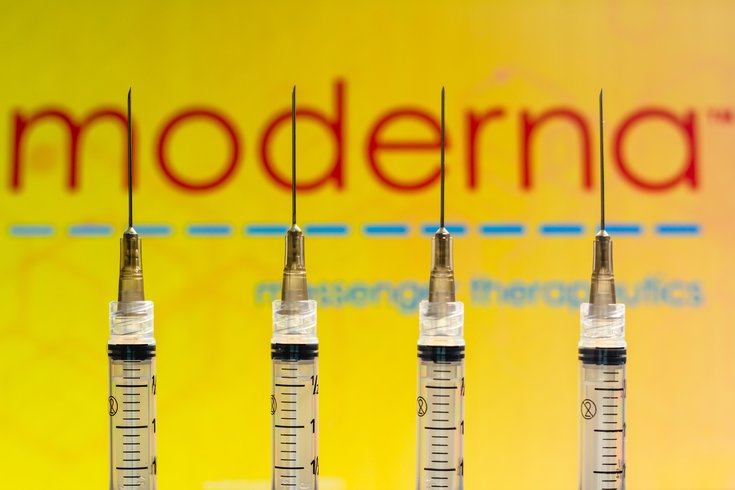 The FDA's Advisory Committee on Immunization Practices is expected to vote Thursday on whether to recommend Moderna's COVID-19 vaccine receive an emergency use authorization.

The U.S. Food and Drug Administration has published a favorable review of a coronavirus vaccine for the second time in eight days.

Moderna's COVID-19 vaccine has been deemed safe and effective by the agency's scientists. The FDA published its review Tuesday – two days before its Advisory Committee on Immunization Practices will consider recommending the vaccine be granted an emergency use authorization.

The vaccine uses messenger RNA technology to generate an immune response, just like the vaccine developed by Pfizer and BioNTech. The FDA authorized that vaccine Friday, three days after its scientists gave it a favorable review.

The data reviewed by FDA scientists appears to support authorization for Moderna's vaccine. They confirmed the vaccine is 94% effective two weeks after its second dose is given. The shots are administered 28 days apart.

The vaccine was found to be effective among people of differing age, gender and racial and ethnic demographics. It also was effective among the clinical trial volunteers with multiple co-morbidities.

Only a small percentage of the participants who received the vaccine contracted COVID-19, but none of the cases were severe. It isn't yet known whether the vaccine can prevent asymptomatic infection or the transmission of the virus to others.

The FDA also said the vaccine has a "favorable safety profile." No specific safety concerns were reported in the clinical trials.

Serious adverse effects were rare. The most common side effects reported by study participants were pain at the injection site, fatigue and headaches.

There isn't enough data yet to make vaccine recommendations for children under the age of 18, pregnant and breastfeeding women, and people who are immunocompromised, the agency's analysis shows.

The mRNA technology used in the vaccine triggers an immune response against the coronavirus by mimicking its distinctive spike protein. A live virus isn't used so there is not any danger of being infected with COVID-19 from the vaccine.

If the ACIP and the FDA grant Moderna the EUA, the first U.S. shipments could start next week.