The events of 2017: A definitive month-by-month ranking

It was a horrible year, but some parts were less horrible than others 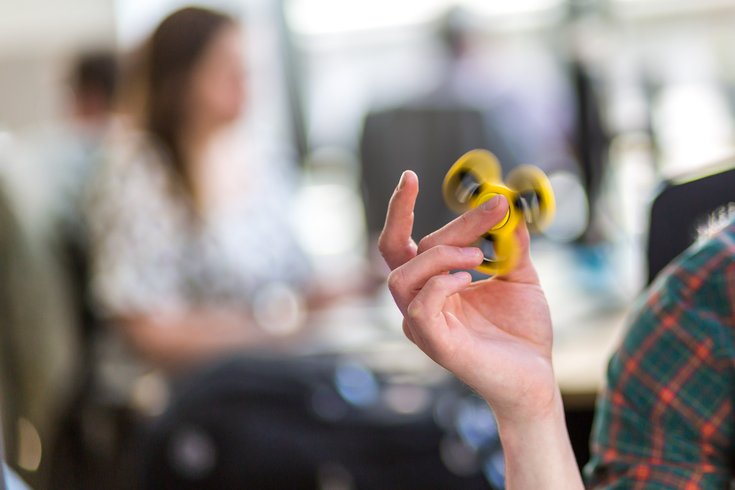 Fidget spinners are so popular with children (and adults?) that retails stores are struggling to keep them in stock. But how long will the fad last?

This past year, 2017, wasn’t a very good year for very many people. In fact, it was a horrible year. History will reflect this.

It did have some positives. I know, I know, it’s hard to imagine that’s the case, but it’s true! Just read the comments after this post has been live for a while. Trump won, get over it, yada x3.

Regardless of where you stand, 2017 – like great years, or good years, or bad years or abhorrent years – was divided into 12 months, which help provide helpful guideposts as we reflect on the year that was.

You may disagree with some of these rankings. It’s your right as an American do to so (if you are an American). But the list is definitive so your objections will not impact them even if (as seems inevitable) I missed any major events.

With no further ado, here are the months of 2017 ranked from most to least horrible:

12. January. A couple weeks after a mob attacked a member of the troops at the Mummers Parade, Donald Trump’s inauguration – regardless of how you feel about it – set the tone for a fog of divisiveness that leads to many sources of societal tension.

Singular events that are worse than that day when he didn’t help his wife out of the car outside the White House, sure, but the tone that was set transcends.

11. October. This month wasn’t even a day old when Stephen Paddock fired more than 1,100 rounds from his complimentary Mandalay Bay suite on the Harvest music festival. Fifty-eight people died and 546 people were injured. It is – for the time being at least – the worst mass shooting in American history.

In the fog of 2017, it also didn’t weigh on our collective conscience nearly long enough.

10. August. “The Great American Eclipse” of August 21 was pretty cool, sure, even to flat-earthers. But here's what wasn't cool: Heather Heyer getting mowed down by a vehicle at a violent, white supremacist rally in Charlottesville, Virginia – egged on by the nation’s emboldened ignorant, and swept aside by the president’s “both sides” quip. It was horrific and, in many respects, her martyrdom marked the drawing of a line in the sand.

9. September. Hurricanes Irma, Jose and Maria followed in the wake of August's Harvey. The earthquake in central Mexico. Nuclear tests in North Korea. This is the month when it really started to look like everything’s taken a bad turn of Biblical proportions.

At least frogs didn't fall from the sky.

8. April. More than 70 people were killed in a chemical attack in the Syrian town of Khan Shaykhun. A Congressional resolution made it easier for ISPs to collect and sell your online behavior with the greatest of ease. The DaddyOFive debacle broke as well. But at least April the giraffe had a baby.

7. June. The United States announced its intentions to pull out of the Paris Climate Agreement. A maniac opened fire on the Virginia field where members of Congress were practicing softball. Bill Cosby gets a mistrial. Batman died. On the bright side? That whole "lick my a**hole" viral incident outside Helium Comedy Club in Center City.

6. May. The plus side: Confederate statues started tumbling (which led to a heated debate about the 9-foot tribute to late mayor and police commissioner Frank Rizzo that lasted for the next several months as evidenced by the photo below).

That “covfefe” tweet offered a bit of viral levity.

The minus side: A gunman turned an Ariana Grande concert in Manchester, England into a killing field. Same went for a driver in Times Square.

Also, this is the month when the Fidget Spinner craze ostensibly took hold. I ended up buying my kid, like, a dozen or more of them, and he still wanted more. Fine, they're fun and all, but enough's enough.

5. March. The repeal-and-replace defeat ruled since, even if temporarily, it showed the powers-that-be that they can't always steamroll the accomplishments of their predecessors. The "Hate Has No Home Here" sign thefts is a dark spot on March, though.

4. July. For eight glorious days, America was treated to the magic that is Anthony Scaramucci. Here are some video highlights. #NeverForget.


While belligerent badge checkers messing with folks at an autism-related surfing event wasn't cool, that big Sips brawl was.

3. February. It was shortest month in an awful year. That counts for a lot.

2. December. With each passing day, this horrible year got closer to its end. Sure, 2018 might not be any better, but we’ll deal with that when we get there.

Also, the new Star Wars movie came out, and in its unique way, served as a reflection of where stand in our battle between good and evil, and the generational struggle for power and place in humanity’s narrative. (How was that for a spoiler-free-ish summary?)

1. November. If not for the Vegas massacre, October could’ve held this spot. While it found its footing a month earlier, November was when the #MeToo movement gathered steam.

No, I’m not entirely comfortable with the tacit nod of approval its given to rush-to-judgment, jury-and-jury “convictions” based solely on accusations. I’m also uncomfortable with seeing rivers of hatred flood onto anybody who dare questions it in this light. But with any major societal shift, leeway must be given. And, real talk: Scumbags are paying the price as those who've felt marginalized have been emboldened to speak up.

It's kinda like the polar opposite of the merchants of hate feeling as if they have the moral standing to enter the marketplace of ideas, isn't it?

This is the sort of long-overdue cultural revolution that will leave a mark in the annals of history.

If a gender wants to grab the megaphone and air their grievances, they should be permitted to do so without fear of how hard that pendulum will inevitably swing back.

I don’t care what your gender is, what your race is, what your sexual orientation is, what your political predilections are (even if they're the polar opposite of mine), what your bank statement says or what your whatever is. We should all be treated equally.

Nothing that happened this year better matched those sentiments than a movement that will carry over and redefine future years.