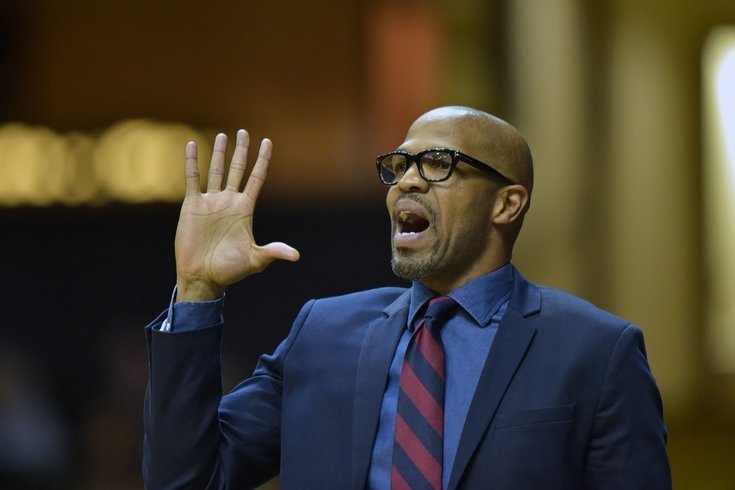 The NCAA has handed former University of Pennsylvania men’s basketball coach Jerome Allen a 15-year penalty after accepting $300,000 from a prospect’s father to make sure that the player was accepted to Penn.

The NCAA has handed former University of Pennsylvania men’s basketball coach Jerome Allen a 15-year penalty after accepting $300,000 from a prospect’s father to make sure that the player was accepted to Penn.

Furthemore, any school that may want to hire the Philadelphia native Allen after his penalty expires must suspend him for the first half of that inaugural season.

None of the punishments handed down by the NCAA can be appealed.

Allen, who is currently an assistant coach with the Boston Celtics, refused to cooperate with the NCAA and the Ivy League school during the investigation, the NCAA said.

“The university and NCAA enforcement staff agreed the former coach’s actions resulted in multiple tryout and recruiting contact violations in addition to accepting the supplemental pay without reporting it as athletically related income while employed at the university,” the NCAA said in a statement. “According to the agreement, the former coach did not promote an atmosphere for compliance within the men’s basketball program due to his personal involvement in the violations.”

“The agreement said the former coach did not commit the violations to provide a recruiting advantage to the university, but rather the former coach deliberately used his position to influence the admissions process and concealed his conduct for his personal financial gain,” the NCAA continued.

“Penn Athletics was proactive in this review and fully cooperated with NCAA enforcement staff,” the university said in a statement responding to the NCAA’s decision. “While Penn Athletics and its men's basketball program accept the penalties handed down by the NCAA, it is unfortunate that this process did not fully differentiate wrongdoing for personal gain versus wrongdoing for competitive gain in penalizing the institution in addition to the involved individual. The University of Pennsylvania was harmed by the actions of its former head coach and the men's basketball program received no competitive advantage. We are hopeful that this case will lead to changes in how the NCAA processes similar situations moving forward.”

Reports of Allen accepting bribes during his time as Penn’s head coach originally emerged in 2018. Allen, who played for the Quakers from 1992-1995 and coached at Penn from 2009-2015, pled guilty later that year to accepting bribes from businessman Philip Esformes to help get his son into the school. Allen repaid the bribe and was fined $200,000.

Last year, Allen testified during a federal criminal trial that he accepted $300,000 in bribes from Esformes.