Fifteen people were diagnosed with bacterial endocarditis, including one who died 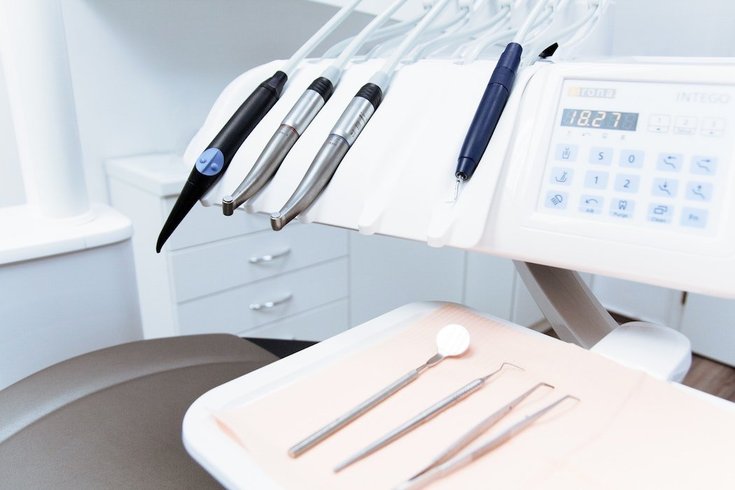 Dr. John Vecchione caused his patients to develop a serious heart infection called bacterial endocarditis. The Morris County, New Jersey, oral surgeon will temporarily lose his license. He has been linked to 15 patients with the heart infection, including one who died.

The New Jersey oral surgeon whose practice is linked to 15 cases of a patients contracting serious heart infections – including one person who died – will temporarily lose his license, New Jersey officials said.

The patients were treated by Dr. John Vecchione at his Budd Lake, Morris County, office in 2016 and each was diagnosed later with bacterial endocarditis. In addition to the fatality, 12 of the people with the infection required heart surgeries.

The New Jersey Department of Health blamed the dentist for failing to maintain sanitary conditions at the surgical office, according to a press release Monday from the New Jersey Attorney General's Office and the New Jersey Division of Consumer Affairs about Vecchione's license suspension.

The oral surgeon failed to follow precautionary measure to prevent infection, such as using sterile water or saline during surgical procedures, and investigator found there were improperly handled surgery materials including needles and syringes, the attorney general said. Because of this, the infection was likely introduced to patients during sedation for surgery.

Vecchione's license is suspended for five years and he must pay $293,000 in penalties.

Bacterial endocarditis is an infection of the interior lining of the heart's chambers and valves. In rare cases, it can be linked to the gum disease gingivitis if it goes untreated. According to WebMD, when a person's gums bleed, he or she is susceptible to bacteria entering the bloodstream and causing infections in other parts of the body.

In August 2016, Vecchione had agreed to the temporary suspension of his practice after the state department of health filed a complaint alleging he committed "professional misconduct and gross negligence." His five-year license suspension is retroactive to that time, and Veccchione can resume practice under probation in August.

"Dr. Vecchione spent years denying any responsibility for the infections contracted by patients in his care,” said Howard Pine, acting director of the division of consumer affairs, in the release.

"This settlement brings closure to a troubling case in which a medical professional allegedly took irresponsible risks with patients’ health by disregarding health and safety standards," Attorney General Gurbir S. Grewal said. "We are committed to ensuring that medical practitioners do not flout professional standards in place to protect patients’ health and safety.:"