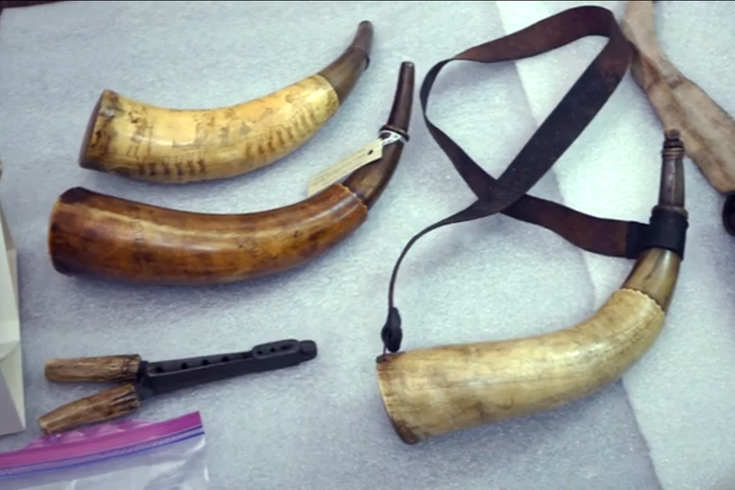 Screenshot/Museum of the American Revolution

Artifacts that will be on display at the Museum of the American Revolution when it opens in April 2017.

The Museum of the American Revolution's massive 118,000-square-foot showcase of Revolutionary War artifacts may not open until April 19, 2017, but today they're offering a small taste of what's around the corner.

A three-minute video released Wednesday pans through the suburban collection space that houses the museum's future wares — everything from muskets to Colonial costumes, all of which will be moved to the museum's permanent home at Third and Chestnut streets this fall.

RELATED: Here's everything you need to know about the Museum of the American Revolution

History junkies can see the full video below.

Look out next Thursday, Sept. 15, at 9:45 a.m., for the grand opening of the museum's plaza, paved with Pennsylvania-native bluestone and brick and featuring a Revolutionary-era cannon. A stone engraving will also be dedicated to Gerry Lenfest, who funded much of the museum's build-out. Coffee and donuts from Brulee Catering will be on-site.