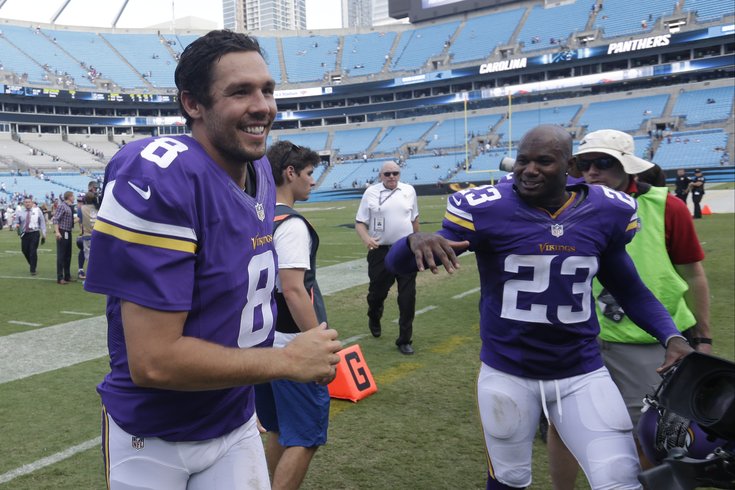 Tonight's Monday Night Football matchup between the New York Giants and the Minnesota Vikings is of heavy interest to the Philadelphia Eagles.

Giants results are obviously always of interest to the Eagles, as one of their division rivals in the NFC East. Here are the NFC East standings through the first (almost) four weeks of the season:

The Vikings, meanwhile, are now piloted by Sam Bradford, who the Eagles traded to the Vikings for a first round pick in the 2017 NFL Draft. The worse the Vikings do this season, the better that draft pick will be. Unfortunately for the Eagles, however, the Vikings jumped out to a 3-0 start, including wins over the Packers and Panthers behind an exceptional defense. Barring some kind of disaster, expect that pick to be in the back half of the first round, and possibly far back.

It's Eli vs. Sleevie Wonder. Discuss below.