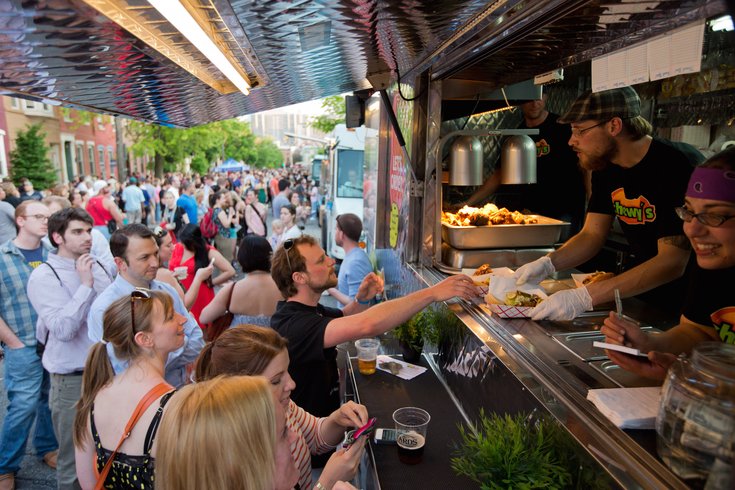 Night Market will pop-up for its last summer date (don't worry, there's one in October) on Thursday, Aug. 6, along Lancaster Avenue. Just like last year, it will run through the Mantua neighborhood from 35th Street to 39th Street.

In addition to the plenty of street food favorites lined up, Boba and Company, Hai Street Kitchen & Co., The Happy Hippy, Lunchbox, PB and Jams PHL, Streetside BBQ and What's In This? will all make their first Night Market appearance.

As for the live music, electropop group KillerWhale and local up-and-comers Minka will take the stage during the night. Plus, a select few pop-up performers will be floating around.

The Lancaster Avenue location was a Night Market highlight last year because its wide, comfy street made it feel less crowded than other nights. Hopefully, this year's Lancaster party will not bring with it the torrential downpour that cut short last year's fun.