No Eagles on Professional Football Writers of America all-rookie team 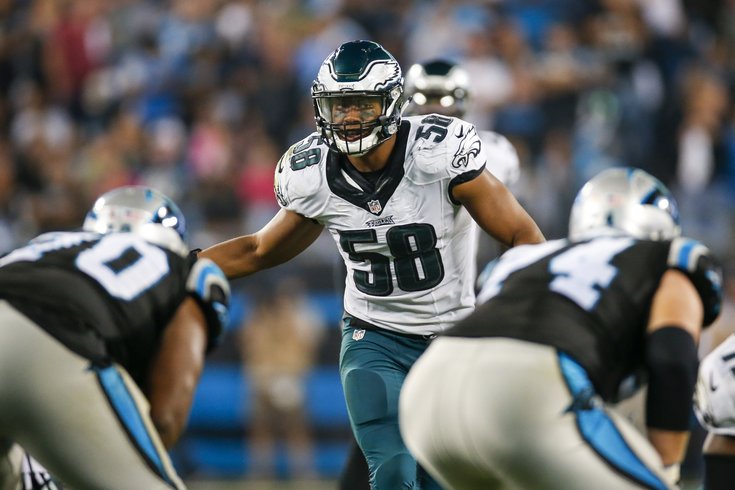 Jordan Hicks was a rookie beast, before he got hurt.

The Eagles only had one player (Fletcher Cox) make the Pro Bowl this season. None made the Pro Football Writers of America's all-rookie team.

Only three drafted rookies even made the team this season out of training camp. They were WR Nelson Agholor, CB Eric Rowe, and LB Jordan Hicks, with CB Randall Evans being added later in garbage time. Agholor's season was a clear disappointment, as he had just 23 receptions for 283 yards and 1 TD. Rowe could not get on the field much early, but started and played well down the stretch.

Hicks was a beast before he was lost for the season with a torn pectoral muscle. In eight games, he had 50 tackles, a sack, a forced fumble, 3 fumble recoveries, 2 INTs, 3 PBUs, and a pick-6 against the Cowboys that (at the time) helped save the Eagles' season.

The Eagles haven't had a drafted rookie honored since 2012 when Cox made it. Two undrafted Eagles made it in 2014 -- Cody Parkey as a kicker, and TE Trey Burton as a special teams player.