It lowers cholesterol and blood sugar regardless of whether its users shed pounds, new research shows 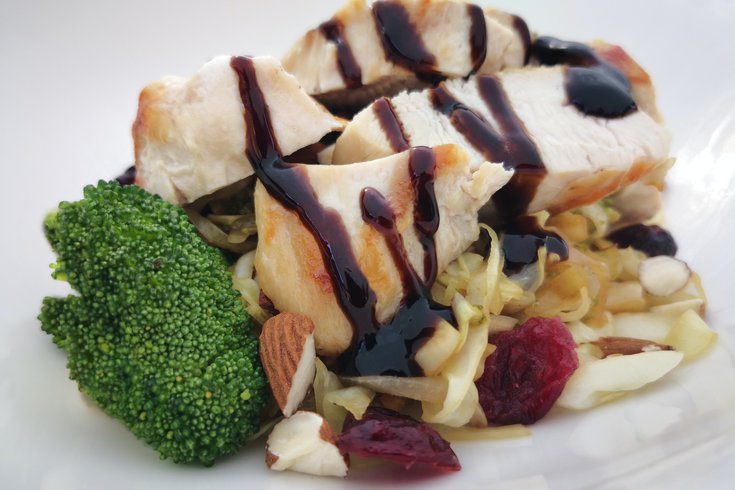 The primary ingredients of the Nordic diet are vegetables, fruits, nuts, whole grains, fish and rapeseed oil. It has been shown to prevent obesity and reduce the risk of heart disease, type 2 diabetes and high blood pressure.

The Nordic diet has been touted for the past decade as a healthy and sustainable diet.

The most recent analysis of the Nordic diet, published in the Clinical Nutrition journal, shows it confers health benefits regardless of whether one loses weight.

"It's surprising because most people believe that positive effects on blood sugar and cholesterol are solely due to weight loss," said Lars Ove Dragsted, a researcher at the University of Copenhagen in Denmark. "Here, we have found this not to be the the case. Other mechanisms are also at play."

The research team, which included scientists from several Nordic countries, analyzed blood and urine samples from 200 people over age 50. They all had elevated body mass indexes and an increased risk of diabetes and cardiovascular disease.

Some of the participants were instructed to eat a Nordic diet for six months. The others were told to continue following their habitual diets.

"The group that had been on the Nordic diet for six months became significantly healthier, with lower cholesterol levels, lower overall levels of both saturated and unsaturated fat in the blood, and better regulation of glucose, compared to the control group," Dragsted said. "We kept the group on the Nordic diet weight stable, meaning that we asked them to eat more if they lost weight. Even without weight loss, we could see an improvement in their health."

The researchers weren't able to fully explain why this association occurred, but they theorized it could be due to the unique composition of fats in the Nordic diet.

"By analyzing the blood of participants, we could see that those who benefited most from the dietary change had different fat-soluble substances than the control group," Dragsted said. "These are substances that appear to be linked to unsaturated fatty acids from oils in the Nordic diet. This is a sign that Nordic dietary fats probably play the most significant role for the health effects seen here, which I hadn't expected."

Fats in the Nordic diet come from fish, flaxseeds, sunflower and rapeseed, as well as other foods. Although the mix appears to be beneficial for the body, researchers are still unable to exactly explain why these fats appear to lower both blood sugar and cholesterol levels, even while weight remains steady.

Dragstead said the higher amount of omega-3 and omega-6 unsaturated fats most likely is a contributing factor.

The diet is adapted to the Nordic countries: Denmark, Sweden, Norway, Finland, Greenland, the Faroe Islands and Iceland, and is based on ingredients that are produced locally in these countries.

Recommended foods include vegetables, such as peas, beans, cabbage, onions and root vegetables, and fruits like apples, pears, plums and berries. Nuts, seeds, whole grains, fish, shellfish and vegetable oils made from rapeseed, sunflower or flaxseed also are recommended. Both low-fat dairy products and smaller meat proportions are also included.

The diet also has been found to reduce inflammation, the risk of blood clots, high blood pressure and cardiovascular disease.

The Nordic diet is one way that people with arthritis or joint pain can incorporate more whole foods into their diets to reduce inflammation, according to Cleveland Clinic dietitian Courtney Barth.

In general, canola oil has less saturated fat than extra-virgin olive oil and can be used in cooking and baking at higher temperatures. However, most canola oil sold in the U.S. is processed and has less antioxidants than olive oil.

The researchers emphasized that weight loss remains an important health benefit of the Nordic diet, but it is not the only one.

"This study simply shows that it is not only weight loss that leads to the benefits of this diet," Dragsted said. "The unique composition of fats plays an important role as well."