Omarosa is coming to Temple to discuss her new book, 'Unhinged' 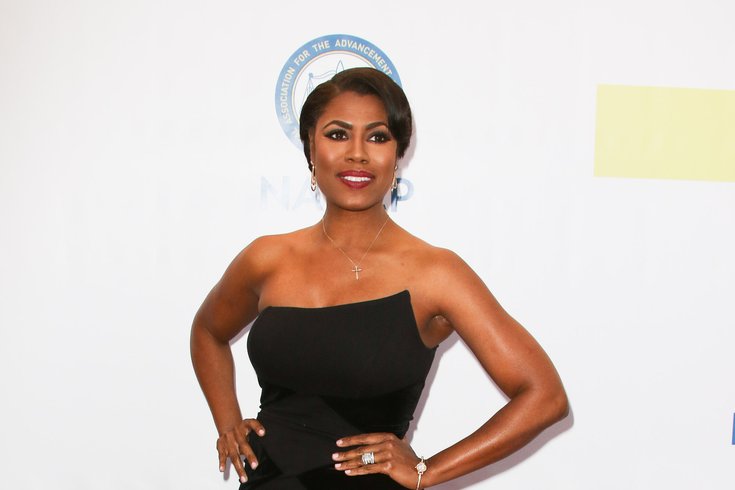 Omarosa Manigault at the 48th NAACP Image Awards held at the Pasadena Civic Auditorium in Pasadena, Calif. on Saturday Feb. 11, 2017.

Former White House aide Omarosa Manigault Newman is coming to Philadelphia next week. The former Apprentice star will be coming to Temple University to discuss her book, Unhinged. She will be sitting down with professor Bryan Monroe on Thursday, Sept. 27. The event will feature a Q&A session as well as a book signing.

Newman made headlines recently for releasing recordings she made during her time with the Trump administration. White House aides reportedly admitted to The New York Times that they fear Newman has more than 200 recordings from the White House.

She released a tape prior to the book's release of White House Chief of Staff John Kelly firing her in the Situation Room. She would soon release two more tapes: one of President Donald Trump calling her the day after she was fired, and another of Trump campaign staffers concerned on how to handle the potential release of the president using the N-word in an audio recording. She also claimed that tapes of Trump using the N-word exist.

Unhinged was not well received by the White House. White House Press Secretary Sarah Huckabee Sanders commented, "This book is riddled with lies and false accusations." She added, “It’s sad that a disgruntled former White House employee is trying to profit off these false attacks.”

However, Sanders commented on the N-word accusations stating that she "can't guarantee anything."

She admitted, “I haven’t been in every single room."

Unhinged was released on Aug. 14 and became a number one best seller on The New York Times bestseller list. The book sold more than 33,000 copies in the first week.

Next week's discussion is only available to students at Temple University. It will be held at Annenberg Hall from 5 p.m. to 7 p.m. If you're a student and would like to sign up for the event, you can sign up here.