Too many demands or restrictions at the dinner table may backfire, a new study finds 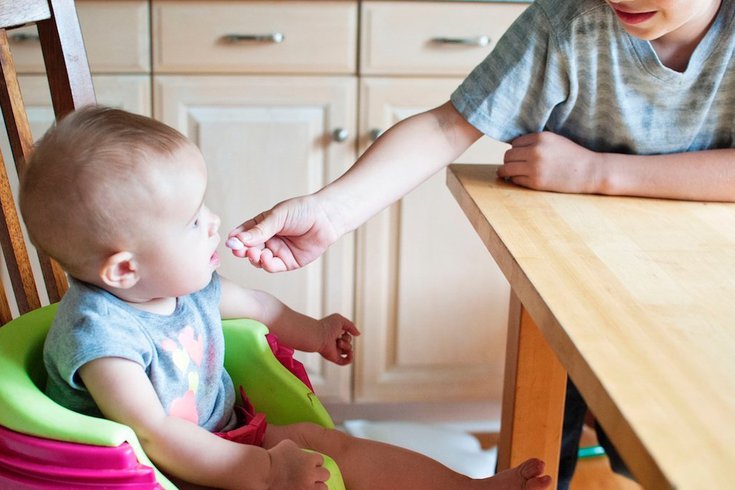 Forcing your picky eater to eat food they don't like might backfire on you in the long run, a new study finds. The best time to encourage new foods is from 6 months of age through the toddler years.

Many parents have at least one picky eater in their family.

Though there are different strategies to ensure that a child still gets the right balance of nutrition for proper growth and development, setting too many rigid expectations may backfire, according to a new study.

The study of more than 300 parent and child pairs found that demanding a child to eat or restricting food led to more picky eating, not less. Fifteen percent of the children in the study were classified as having "high" pickiness about food, meaning they didn't eat vegetables often or were wary of trying new foods.

"We found that children who were pickier had mothers who reported more restriction of unhealthy foods and sweets," said senior author Dr. Megan Pesch, a developmental behavioral pediatrician at Michigan Medicine C.S. Mott Children's Hospital. "These mothers of picky eaters may be trying to shape their children's preferences for more palatable and selective diets to be more healthful. But it may not always have the desired effect."

The families involved in the study were low-income families eligible for the U.S. Department of Health and Human Services' Head Start program. The families reported on the children's eating habits and the mothers' behaviors and attitudes about feeding at ages four, five, six, eight and nine. Parents and children were followed for five years.

The researchers found that children can become fully established as a picky eater as early as age four. Pesch said that future, longer-term studies should investigate whether this habit continues throughout adolescence and adulthood.

"Picky eating is common during childhood and parents often hear their children will eventually 'grow out of it,'" she said. "But that's not always the case."

The good news is that most picky eaters stay in a healthy weight range and have a lower body mass index, decreasing their obesity risk.

"We still want parents to encourage varied diets at young ages, but our study suggests that they can take a less controlling approach," Pesch said, explaining that tense meal times lead to negative associations with food.

In an accompanying editorial, Nancy L. Zucker, a Duke University psychiatry professor, and Sheryl Hughes, a Baylor University professor of pediatric nutrition, wrote that parents need to reduce conflict over meals. Instead, they wrote, "it is critical that caregivers let go of their need for a child to taste something and instead focus on accumulating pleasant experiences."

Any interventions should occur at younger ages, they wrote. The best time to introduce new foods is at six months when the baby is allowed to start solid food. Parents should then continue to offer a variety of foods throughout the toddler years.

Most nutritionists agree that the best strategies for dealing with picky eaters is to give them options. It is always important to have at least one healthy food on the table that they will eat, but they advise parents not to get in the habit of making separate meals. They also suggest involving the children in shopping and food preparation, and not making mealtime a stressful experience every night.

"Don't force kids to clean their plates," Pesch told CNN. "Don't make them sit at the dinner table until they eat a certain amount of food. And avoid bribing with food."

Pesch and her team also found that children who had problems regulating their emotions tended to be more cautious and anxious about trying new food.

The study was published in The Journal of Pediatrics.