For Raheem Manning, the nighttime is the right time for Philadelphia

The new director in charge of the city's after-hours economy talks about safety, coping with fewer people commuting into the city and his plans to listen to businesses' needs 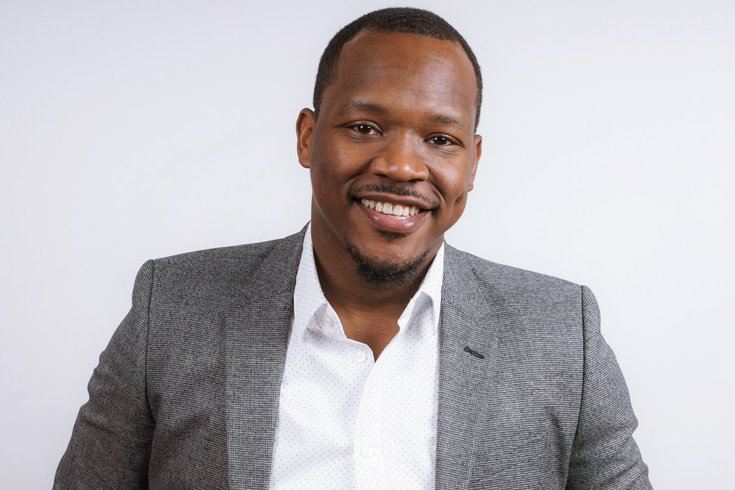 Raheem Manning, Philly's first-ever Night Time Economy Director, tells PhillyVoice his plans for the city to become 24 hours, addresses safety concerns and describes what he's learned from others in his position around the world.

Raheem Manning began his journey as Philadelphia's first nighttime economy director for the Department of Commerce on July 11.

The Wynnefield native has a background in business development, and previously co-chaired the city's Arts and Culture Task Force. He is a graduate of Overbrook High School, Clark Atlanta University in Georgia, and Thomas Jefferson University.

Manning and Dawn Summerville, deputy commerce director with the Office of Business Development in the Commerce Department, met with PhillyVoice on Zoom not long after Manning was appointed to the position to answer that question, as well as others about the city's current nightlife scene, plans for the future and safety concerns.

"The overall, large scope of the picture for this position is to put together a nighttime governance plan," Manning said. "So the way we're going to do that as the Department of Commerce, and with myself, is convening all the internal and external stakeholders that have a say in what the nightlife looks like and bringing them to the table so that we can know and better serve the businesses and the people that operate at night."

Summerville noted that Manning was chosen for this role based on his experience – he has traveled to more than 200 cities around the world – and the energy he brings to his work.

Manning will work in Summerville's Office of Business Development, which consists of domestic and international teams of city employees who focus on high impact sectors.

" ... (T)he nighttime economy fits right in the middle, absolutely, of the work that we do for the city, both domestic and international," Summerville said. "The idea is to ... raise our profile, to continue to bring in new business and new opportunities for those who are here."

Manning's job partly evolved from the work of the Arts and Culture Task Force created During the COVID-19 pandemic by city councilmembers Isaiah Thomas and Katherine Gilmore Richardson created. The task force did research while Philadelphia was shut down, speaking with people involved with arts, culture, and nightlife. This research extended outside of the city, too.

"We also did some global research, as well, to really compare where Philly is when it comes to supporting arts, culture and nightlife," Manning said. "We spoke with a lot of nighttime economy directors ... and talked about what they were doing. And a lot of what they were doing is what we felt and realized our research was missing here in Philly."

Much of that can be categorized as finding ways to support the "after-5 economy," Manning said. That's not just promoting partying and going out in the city. It also means thinking about the people who work and commute during the hours traditionally known as the third shift. Nighttime businesses have unique needs that cannot be lumped in with daytime business policies.

The Commerce Department has many programs to support for businesses that often the city's nighttime businesses or are just missing. Manning said he will travel around the city listening to what business owners need and, when there is a fit, connecting businesses with programs that already exist. Safety is an issue at the forefront of Manning's mind. This listening tour will be important in finding out what each business needs in terms of safety.

"I want to make it clear that yes, safety is at the heart of everything we do," he said. "We attract and retain businesses, and of course everyone wants to make sure there's a safe place to do business. So being in those conversations and innovating the way we look at it is going to be my primary goal, but I want to emphasize that we are going to listen to what businesses need before we begin to offer solutions to help them out."

Another pressing issue for Manning is how the city can adapt to fewer people commuting into the city for work.

"There is a change to what a downtown looks like," he said. "There are a lot of companies that realize that they don't need the overhead of an office and that their employees can work from home."

This impacts nightlife, because a portion of workers commuting into Philadelphia from the suburbs stayed after 5 p.m., on occasion, for work happy hours and other nighttime entertainment.

"So what does nightlife or night economy look like without that office pull? I think we're in a unique place right now to redefine that," Manning said. "Downtown doesn't just have to be a work destination, it can now be a live destination, a play destination and an entertainment destination. So we have the opportunity to work with businesses to utilize these spaces that they never would have thought of. An entertainment business might not have ever thought about being on the 10th floor of a skyscraper, right, but now maybe that's available and what does that look like?"

"Those are the conversations we have, to be able to innovate ... we're offering solutions and support to make sure that reshaping of what the nighttime economy looks like, especially at the core of cities, is innovative, safe, inclusive."

While there are plenty of forces working against Manning, one that he said is working in his favor is the strength of Philadelphia existing cultural scene.

"Philadelphia's nighttime entertainment culture scene is a very unique one; it's one that has impact around the world. It's our impact on culture especially when it comes to music and artistry that we export from the city," he said. "We're uniquely primed to have one of the most thriving globally competitive hubs for art, culture and the creative economy, as well as nightlife."

Manning and Summerville assert that the Department of Commerce is always open to suggestions from business owners and the public.

With the announcement of Manning's new job, the Commerce Department immediately started getting feedback and suggestions from businesses. Summerville and Manning encourage people to continue to reach out via email, at business@phila.gov, or by calling (215) 683-2100. Manning can be contacted via Twitter or Instagram, as well.

"As I gear up and begin, we've been getting some great suggestions," Manning said. "One thing that shows, and that I was excited about when I heard the suggestions along what we can do and what we can advocate for, is the people in Philadelphia have an idea of what they want their nightlife to look like here, what they want their nighttime economy to be. And it's not all clubs and bars; a lot of the suggestions were late night food, regional rail transportation, things of that sort that really show that there is a want and need for this position to come advocate for some of those things."