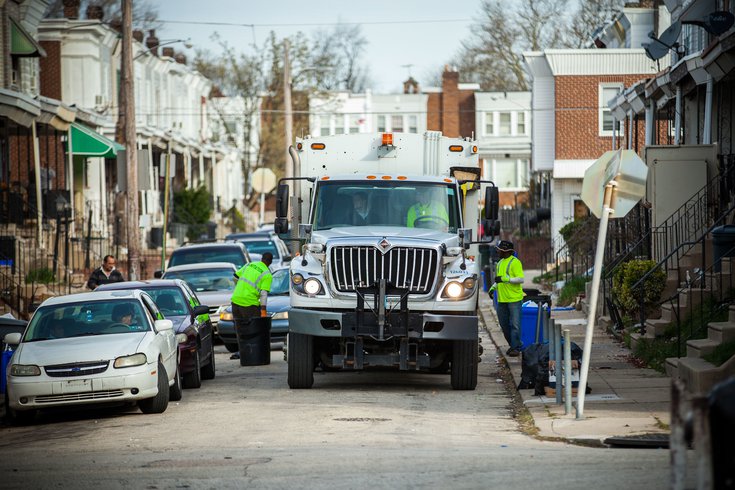 The Philadelphia Streets Department continues to be behind in collections of garbage and recycling. For the week beginning Aug. 10, 2020, the department has delayed all pickups by one day, as it attempts to catch up.

Philly residents should put their garbage and recycling at their curbs one day later than normal this week, as the city continues to catch up on collections delayed by the increasing volume of residential trash, staffing shortages due to the COVID-19 pandemic and last week's storms.

Recycling collection was suspended Wednesday through Friday last week because of Tropical Storm Isaias. Residents were asked to hold their recycling until this week, but in many neighborhoods where pickup was scheduled earlier than Wednesday did not have their recyclables collected either.

On Monday, Streets Department crews were in those neighborhoods trying to catch up on the back log. Sanitation crews also worked through weekend, but residents should be prepared for more delays.

More workers have been added on a temporary basis to address the ongoing delays, and city officials hope to resolve the issue soon.

Set trash & recycling out 1 day behind schedule this week

♻️Hold Monday's trash until Tuesday. Crews to focus on recycling

🗑️♻️Trash & recycling collections resume Tuesday, will be 1 day behind schedule for the remainder of the week

Philadelphia residents home during the COVID-19 pandemic are generating a greater tonnage of trash. The Streets Department is experiencing staffing shortages among its sanitation workers because of the coronavirus, and the city has been impacted by severe weather, like the flooding caused by Tropical Storm Isaias, in recent months. All have been factors in garbage and recycling collection delays, officials have said.

As an alternative, residents can drop off of their trash and recycling at any of the six sanitation convenience centers in the city. The centers are open seven days a week from 6 a.m. to 8 p.m. The locations can be found here.

These centers only are open to people who live in Philadelphia, and those bringing trash there should bring proof of residency.