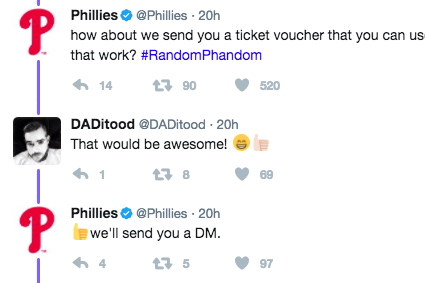 The Phils offered a dad some free tickets.

The Phillies have been criticized frequently in the past for a social media policy that many feel has been behind the curve, but what they did on Monday goes far beyond the quality of jokes or GIFs that they tweet out.

When Twitter user @DADitood tweeted the team, asking about an Autism Awareness Night that he and his daughter could attend, the Phillies informed him that there is one coming in a few weeks. Then they offered him some free tickets. 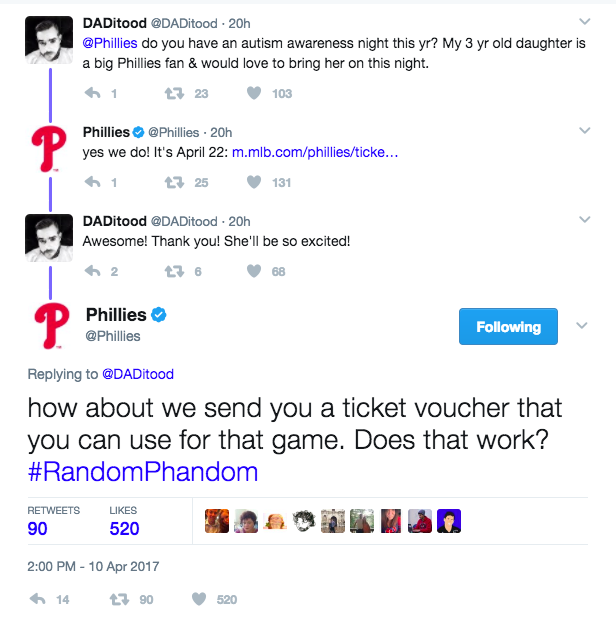 The story has taken off on the Internet, showing that a small act of kindness can end up becoming a pretty big deal. Autism Awareness Night will be on Saturday, April 22nd when the Phillies take on the Atlanta Braves.