Coronavirus cases are falling, but city officials are wary of holiday spike amid early vaccine rollout 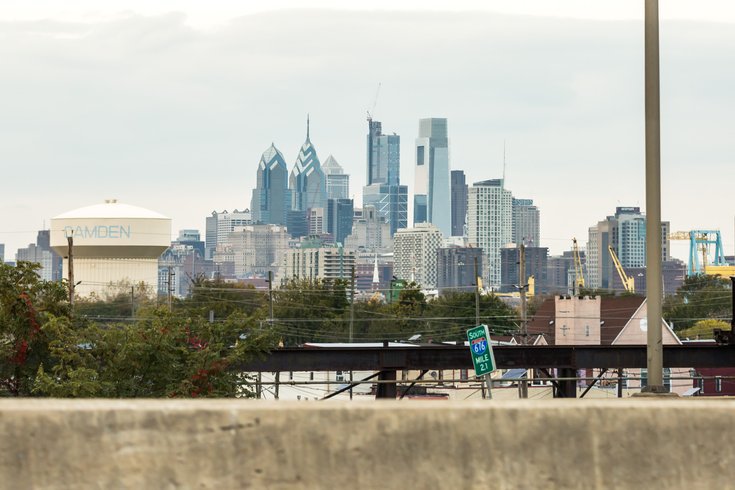 Philadelphia will keep its toughest COVID-19 restrictions in place beyond their original expiration date, moving the timeframe from Jan. 1 to Jan. 15, city officials announced Tuesday.

The restrictions took effect Nov. 20 amid a two-month period during which Philadelphia saw a 700% rise in COVID-19 cases. The city prohibited indoor dining at restaurants and closed gyms, museums, libraries, casinos and a range of other indoor businesses.

Based on recent data and spikes in positive cases following past holidays, the city will continue its current restrictions for the riskiest settings:

"We have made progress and saved lives with our Safer at Home restrictions," Health Commissioner Dr. Thomas Farley said. "Now we need to be very careful with how we allow activities to restart — especially around the holiday season — so that we don't ignite another surge in the virus."

Some activities in the city may see restrictions eased by Jan. 4, the end date set by Pennsylvania Gov. Tom Wolf in the state's most recent round of restrictions. These include:

For any indoor activities cleared to resume in Philadelphia on Jan. 4, masks must be worn at all times and density will be limited to fewer than five people per 1,000 square feet. The city's determination will depend on the trajectory of case counts in the aftermath of the Christmas and New Year's holidays.

The health commissioner reported some positive trends Tuesday, including a drop in daily case counts and additional details about the two COVID-19 vaccines now available to priority groups in the first phase of the rollout.

"These are still very high case counts, but they're clearly falling after the spike caused by Thanksgiving," Farley said.

Philadelphia reported 928 additional confirmed cases Tuesday, a number Farley attributed to a large batch of nearly 17,000 test results. Another 97 probable cases were reported from rapid antigen tests. The city's total since the start of the pandemic stands at 86,723.

"We did expect that deaths would rise after the rise in case counts," Farley said. "We knew that was going to happen after a delay, and that's exactly what's happening now."

As of Tuesday, more than 9,000 health care workers have received the Pfizer-BioNTech COVID-19 vaccine in Philadelphia. The city will receive another 9,750 doses of the Pfizer vaccine this week, in addition to 27,600 doses of the newly authorized Moderna vaccine, whose storage requirements are less challenging.

Vaccination of nursing home staff and residents will begin next week, Farley said, correcting a previous statement that these groups would receive doses this week. They will receive the Pfizer vaccine at the outset.

"For the next four weeks, we've been told to expect about 10,000 doses of each vaccine per week," Farley said. "If so, we would receive a cumulative total of about 130,000 doses of vaccine by mid-January."

After health care workers and nursing home residents (more than 100,000 people in Philadelphia), the next group in line to receive the vaccine will be people over the age of 75 — another 100,000 people.

The next phase will likely be people with a higher risk of serious illness from COVID-19.

"We haven't been given any information on how much vaccine we'll receive after the next four weeks of shipments," Farley said, explaining that vaccinations for the first group alone will extend through mid-January.

It will probably be months before the vaccine is widely available to people outside of the specific risk categories noted above.

The decision to extend Philadelphia's restrictions was motivated by a combination of the vaccine timeline and the case surges seen after other holidays.

The effect of Christmas gatherings will begin to appear during the last few days of December, while the impact of New Year's will show up on about Jan. 5.

"These two spikes will likely run together, and unfortunately may feed off each other," Farley said. "We won't likely see the end until about Jan. 15."

Since Dec. 12, the date Philadelphia's and the state's restrictions both were in effect, Philadelphia cases have fallen by 27%. They are down 15% in Pennsylvania. Hospitalizations in Philadelphia also have begun to fall modestly over the last week.

Farley acknowledged the difficulty the restrictions have caused to businesses in the city, particularly restaurants. The health department is working on plans to improve ventilation at Philadelphia restaurants when indoor dining can resume, potentially providing resources and other assistance.

"We know this is extremely difficult, and this is through no fault of the restaurant owners," Farley said. "The nature of the situation simply makes that inherently risky."

Farley explained that the decision to extend restrictions in some settings versus others was based on the best data available about COVID-19 transmission.

"We looked at several factors. We looked at number of people involved, whether it's indoors or outdoors, whether people are likely to be wearing masks and the amount of time that they're together," Farley said. "And if there's evidence elsewhere or here of outbreaks in those settings.

"Wherever you draw the line, there's going to be (things) close to the line where you question whether that's the right judgment," Farley added. "But we tried to be as objective as possible in determining what were the riskier ones."