William Lindsay, 32, was killed in a July 12 crash on Ridge Avenue 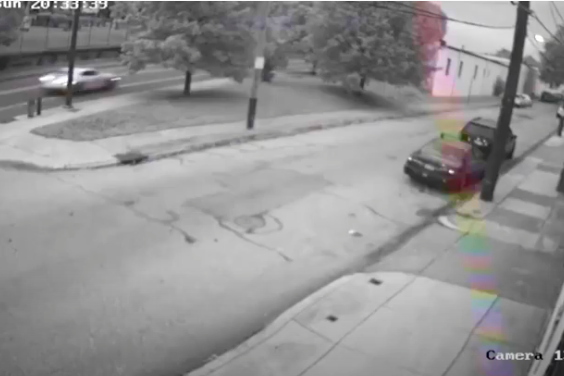 New footage released by police shows a white Chevy Camaro approaching 32-year-old cyclist William Lindsay from behind on July 12, 2020 in North Philadelphia. Police continue to search for the driver, who fled the scene after striking Lindsay.

A $25,000 reward is being offered for information leading to the arrest of the person responsible for the fatal hit-and-run that killed cyclist William Lindsay earlier this year.

The July 12 incident occurred around 8:30 p.m. along the 3800 block of Ridge Avenue, a stretch of road that borders Laurel Hill Cemetery.

Lindsay, 32, of Havertown, rode his bike in a designated lane when a speeding Chevy Camaro traveling in the same direction struck him from behind. The driver fled the scene.

Lindsay was found unconscious on the roadway suffering from a severe head injury. He was transported to Temple University Hospital in critical condition and was later pronounced dead. Glass found in Lindsay's hair and clothing led investigators to believe the Camaro sustained damage to its windshield.

On Wednesday, Philadelphia police released new footage that shows the Camaro approaching Lindsay from behind at a high rate of speed. The crash occurs just out of sight of the camera.

Authorities described the vehicle as a white Chevy Camaro with red racing stripes on the hood and trunk, tinted windows and a moon roof. The model of the car is between 2010-2015.