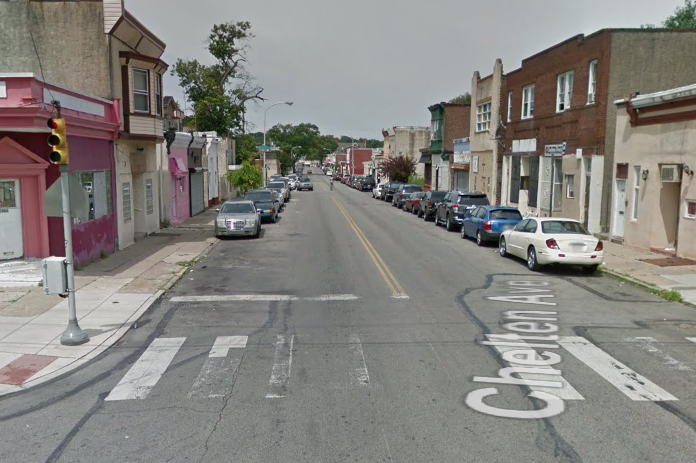 The view from the 2000 block of Chelten Avenue.

A man was hospitalized this week after he was shot multiple times by police while fleeing officers in Philadelphia, authorities announced Thursday.

The incident began Wednesday around 8:30 p.m. on the 2000 block of Chelten Avenue in the city's West Oak Lane neighborhood.

After stopping the men and patting them down, an officer felt a gun on one of the men's waistband. The man immediately ran down the street, drew the weapon and pointed it at the officers. Three officers fired their service weapons at the man, who was able to duck into an alley on the 6400 block of Lambert Street.

In the alley, the man again pointed his weapon at police. After an officer fired again, the man fell to the ground and was disarmed.

The man sustained gunshot wounds to the torso and legs. He was transported to Albert Einstein Medical Center where he was listed in critical but stable condition. No additional injuries were reported.

Investigators determined that the gun contained 11 rounds and was reported stolen in a July 2014 burglary in Upper Darby.

Authorities have not released the identities of the officers nor the man.

The officer gave been placed on administrative duty pending an investigation by Internal Affairs and the District Attorney's Office.