One man dead, one injured in single-engine plane crash in Lehigh County

The aircraft went down Wednesday afternoon in Salisbury Township 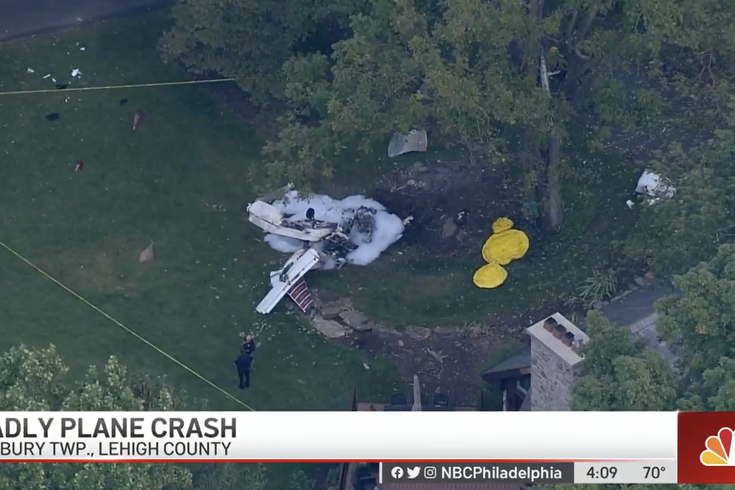 One man died Wednesday afternoon and another man was injured when a single-engine PA-28 plane crashed in Salisbury Township, Pennsylvania.

One man died and a second was injured Wednesday afternoon when a single-engine plane crashed in Lehigh County, barely missing a home in Salisbury Township, officials said.

The crash happened around 1:45 p.m. after the small aircraft departed from nearby Queen City Airport, a spokesperson for the Lehigh-Northampton Airport Authority told LehighValleyLive.

The Lehigh County coroner reported to the scene along the 1400 block of Keystone Road, where the Piper PA-28 plane crashed in a backyard.

When first responders arrived, one man was found injured outside the aircraft and was taken to Lehigh Valley Hospital - Cedar Crest, NBC10 reported. Another man was found dead inside the plane. It's unknown whether the victim was the pilot or a passenger. No other injuries were reported.

Investigators did not say where the plane was headed and whether the pilot planned to return to the airport, which is about two miles away from the crash site.

The identity of the man who died was not immediately released.

The crash investigation is being handled by the Federal Aviation Administration and the National Transportation Safety Board.