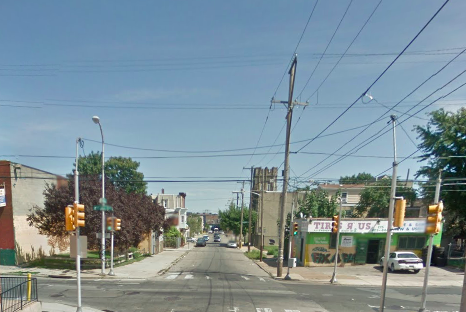 Intersection of North 2nd Street and York Street in Kensington.

Philadelphia police have suspect in custody after a suspected street race in Kensington left a three-year-old girl dead in a collision with a teen driver Monday night.

According to authorities, the incident occurred around 7:15 p.m. on North 2nd and West York streets as the girl sat with her mother and grandmother in a blue Honda Civic parked by the sidewalk. Investigators say a tan Honda Accord driven by a 17-year-old male driver struck the vehicle.

The child and her mother were taken to St. Christopher's Hospital where she was pronounced dead at 7:51 p.m. The grandmother was transported to Temple University Hospital for treatment.

The 17-year-old driver was also taken to Temple University Hospital in stable condition and will be held in police custody, 6ABC reports.

Officials did not reveal the condition of the mother and the grandmother.

Police said witnesses reported seeing a car that may have been involved in a street race flee the scene at York Street immediately after the accident. Officials described the vehicle as dark-colored with probable front-end or side damage resulting from a collision with a light pole.

Investigators are reviewing surveillance footage to determine what led to the crash.