Port of Philadelphia getting first U.S. shipment of Brazilian beef in 13 years 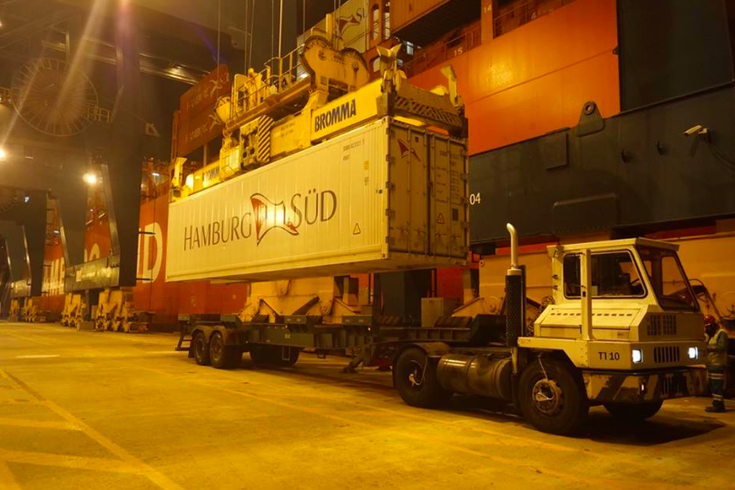 The United States and Brazil reached an agreement in August 2016 opening up export markets for fresh beef in both countries.

The Port of Philadelphia will receive on Friday the first U.S. shipment of Brazilian beef in thirteen years, inaugurating a trade relationship that is set to bring roughly 3,000 tons of beef from the South American nation  on a monthly basis.

In an announcement Thursday morning, the Philadelphia Regional Port Authority said it will take in the first container of imported fresh beef from Porto Itapoá, Brazil's sixth-largest port. The product will be provided by global beef processor JBS.

Hamburg Süd’s ship Monte Aconcágua will deliver the shipment of front cuts in a transaction that formally ends a 17-year USDA negotiation process that culminated in August. Both countries have mutually agreed to open their markets to each other's chilled or frozen beef exports, whereas prior to the agreement, Brazil could only export processed beef to the United States in cooked or canned form.

The U.S. had previously been restricted from Brazil's market due to concerns about the World Organization for Animal Health's risk classification for bovine spongiform encephalopathy (BSE). Brazilian fresh beef imports were blocked as a result of outbreaks of Foot and Mouth Disease in the nation's cattle herds.

Under the new accord, Brazil will now be able to import up to 64,000 tons of fresh beef into the United States annually, the same quota reserved for neighboring South American countries Argentina and Uruguay — who together imported about 20,000 tons last year — and Nicaragua and Costa Rica.

These South and Central American nations' duty-free export share of beef in the U.S. is significantly lower than the quotas for Australia (400,000) and New Zealand (360,000). Countries seeking to export more must pay a 25 percent tariff for out-of-quota product.

In total, the U.S. imported approximately 736,000 tons of fresh beef in 2015, primarily from Australia and New Zealand. On its own, the U.S. produced about 11.84 million tons of beef last year and consumed about 12.4 million tons.

At the time of the USDA announcement, the U.S. National Cattleman's Beef Association criticized U.S. risk evaluation protocols and called on the country to establish a Foot and Mouth Disease Vaccine bank.

Some had expected an agreement between the countries to come only after the U.S. election on Nov. 8, however Drought conditions in Australia have limited the country's U.S. beef imports in 2016, however, a factor that may have expedited the deal.

Brazil signed a similar agreement with China in May of last year and the deal with the U.S. could signal similar trade pacts with export markets primarily serviced by Australia, including Japan and South Korea.