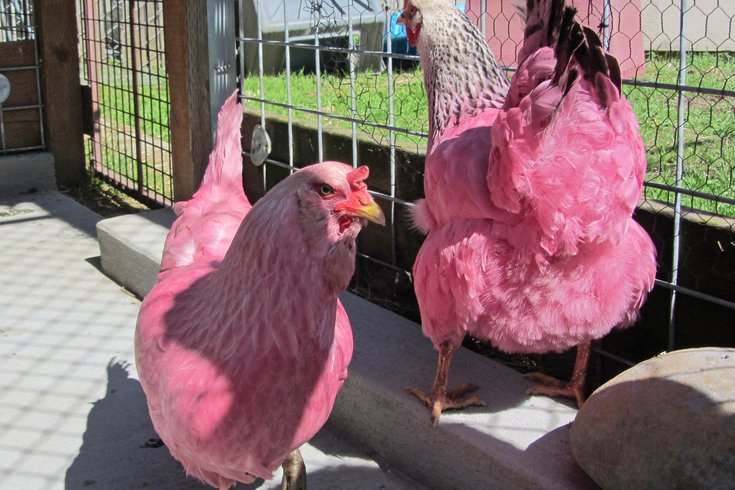 In this March 26, 2015, image provided by Randall Brown of Multnomah County Animal Services, a pair of chickens, dyed pink, are photographed in Portland, Oregon.

Read More
A flock of pink chickens spotted at the Portland waterfront last Thursday left bewildered bystanders wondering whether they had to get their eyes examined.
As it turns out, the owner of the chickens fessed up to dying them with food coloring, beat juice and Kool-Aid in order to "make people smile." He tucked the chickens into a tree early on Thursday, intending to return for them later in the day, but news reports of fanciful chickens began to circulate, and they were rounded up by Multnomah County Animal Services.

The pink chickens have arrived! If they're yours, please call us or come out to the shelter. pic.twitter.com/yofRS1FAfF

Portland resident Bruce Whitman identified himself as the owner of the chickens and was billed about $16 per bird for the time they spent in custody.
Though Whitman said he likely wouldn't do this again, he felt the prank was a success and fulfilled his civic duty to keep Portland weird.
Read the full story here.