Predictions for how the 2016-17 Flyers season will play out 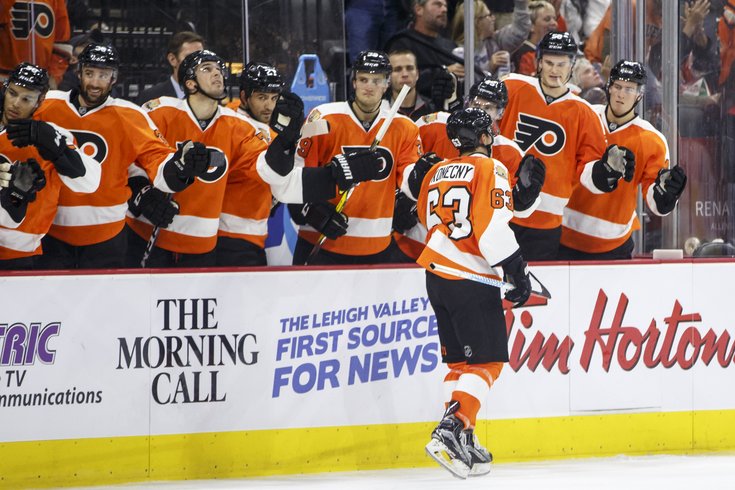 Late Friday night, the Philadelphia Flyers will open their 2016-17 schedule as they visit the Los Angeles Kings in a game that was likely scheduled without the best interest of Orange and Black fans in mind.

The game is scheduled to begin at 10:30 p.m. back on the East Coast, but likely won't begin until closer to 11 p.m., meaning it won't end until well after 1 p.m. Even on a weekend, that's a late night for Flyers fans who just want to watch their team's first game of the season, especially considering their home opener isn't until October 20, over a week after the NHL season got underway.

After an up-and-down 2015-16 season under first-year coach Dave Hakstol, one that included the death of team founder Ed Snider and a late playoff run that seemed to wash away whatever bad taste was left following the team's slow start, there are plenty of reasons to be optimistic.

Shayne Gostisbehere is embarking on his first full NHL season. Hakstol's system is in place, meaning there shouldn't be the same kind of learning curve as last year. Top prospects Travis Konecny and Ivan Provorov are no longer prospects, as they'll start the year with the big club and are expected to stick around all season. They have veteran leadership in Glaude Giroux, Wayne Simmonds and (a hopefully back-to-form) Jake Voracek – plus the continued development of guys like Brayden Schenn and Sean Couturier. And, in Steve Mason and Michal Neuvirth, they have the kind of goalie tandem that has proven successful in recent years.

The real question is, how is all of that going to come together? Is this team ready to make a deep playoff run or, at the very least, the next step towards winning their first Stanley Cup since 1975?

Not only will this be their first season without their founder, but it will also be their 50th in the NHL. And if Hakstol and Co. can show they're going in the right direction, the one that ends with them capturing that long-awaited title, perhaps this will finally be the year the Flyers can move out from under the shadow of their former greatness and forge their own identity.

We'll find out more starting Friday night – or rather, early Saturday morning – but in the meantime, here's a look at what Rich Hofmann and I are expecting from the Flyers this season...