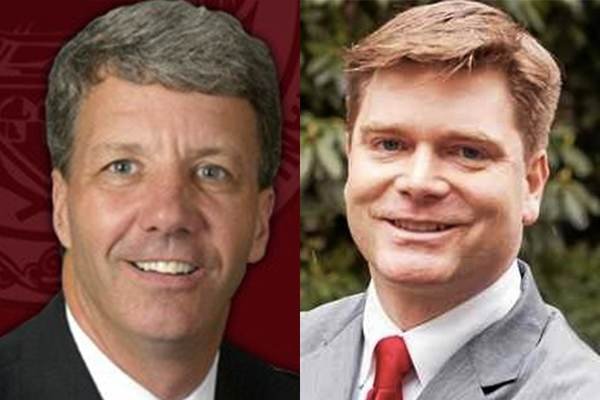 In a special election in the 9th Senatorial District, Tom Killion, left, defeated Marty Molloy in Tuesday's primary. Killion will hold the seat until January, with the two candidates expected to face off again in November.

With all precincts reporting, Killion recieved nearly 59 percent of the vote, or 20,832 votes, to Marty Molloy's 41 percent, or 14, 560 votes, according to unofficial tallies.

Killion, 58, has served seven terms in the Pennsylvania House of Representatives. As winner of the special election, he fills the seat through the end of the year. It is expected he will be challenged again by Molloy, 39, in the November general election.

The Ninth District represents portions of Delaware and Chester counties.

Pileggi, of Chester, resigned the seat he had held for 14 years after being elected to the Delaware County Court of Common Pleas last November. He was seated in January.

In the 202nd Legislative District, Democrat Jared Solomon upset incumbent Democrat Mark Cohen, who with 42 years in the state House was the longest-serving legislator in Pennsylvania. Solomon garnered 4,980 votes to Cohen's 3,763.

In a very close race in the 5th Senatorial District, Democratic incumbent John Sabatina (17,009) is trying to hold off a challenge from state Rep. Kevin J. Boyle (16,337) with about three percent of the vote still to be counted.

Here are the results of other state races. All vote tallies are unofficial and as of midnight Wednesday: