The Prime Rib steakhouse will return to Philly at Live! Casino & Hotel 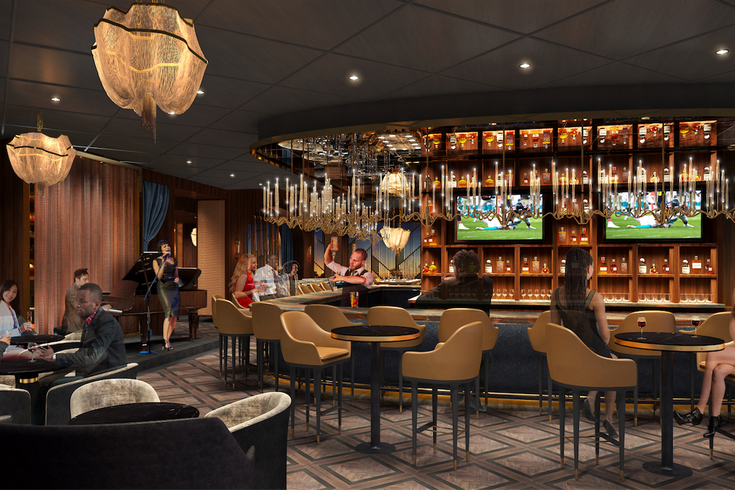 The Prime Rib joins the list of restaurants set to open at South Philadelphia's Live! Casino & Hotel, which is set to debut in early 2021.

Despite the fog of the coronavirus pandemic, plans continue to take shape for the upcoming Live! Casino & Hotel in South Philadelphia.

Casino developer The Cordish Companies announced Monday that The Prime Rib, a former Philadelphia steakhouse that operated in Center City, will join the list of restaurants at the project located near the Sports Complex at 10th Street and Packer Avenue.

The Prime Rib's original Philadelphia restaurant was at the Warwick Hotel, 17th and Locust streets, but it closed in late 2019 after the death of the small steakhouse chain's founder resulted in a split between the owner of the Philadelphia location and the founder's family members, who had taken over the business. The Prime Rib name was dropped from that location, and it has since been renamed the Rittenhouse Grille.

The new Philadelphia restaurant will join existing Prime Rib locations in Washington, D.C., and Baltimore, including one at Live! Casino & Hotel Maryland in the Baltimore-Washington corridor.

"Opening The Prime Rib in a new, reimagined way is an exciting step for our family-owned company," said second generation owners, Brenda and Rebecca Dolan. "The vision for this new location takes some of the features that make The Prime Rib so unique and blends them with new design elements and experiences. We're very proud and excited to be able to return to Philadelphia at Live! Casino & Hotel."

The restaurant will be located adjacent to the main floor of the casino, near the entrance to the hotel's main lobby, with a modern design and a long, stylized bar.

"The Prime Rib will offer our guests a distinguished and delectable dining experience they won't soon forget," said Joe Billhimer, executive vice president of Cordish Gaming Group and Live! Casino & Hotel. "Those who join us will partake in a tailored evening that includes The Prime Rib's signature tableside interactive culinary and mixology theater, brought to life in a highly personalized way."

Led by head chef Theodore Iwachiw, formerly of Davios Northern Italian Steakhouse in King of Prussia and other restaurants in the Bahamas and New Orleans, The Prime Rib's menu will feature the signature prime rib, prime cuts of filet mignon, ribeye, porterhouse and New York strip, veal chops, and lamb.

The seafood menu will include jumbo lump crab cakes, chilean sea bass, ahi tuna and salmon, among other options.

Live! Casino & Hotel previously revealed that Philly favorites Sang Kee, Lorenzo and Sons Pizza and Termini Brothers, as well as two restaurants from TV personality Guy Fieri, will all have space at the new complex.

Live! Casino & Hotel is expected to open in early 2021. Last week, Live! held two job fairs and other job openings at the hotel and casino can be found here.