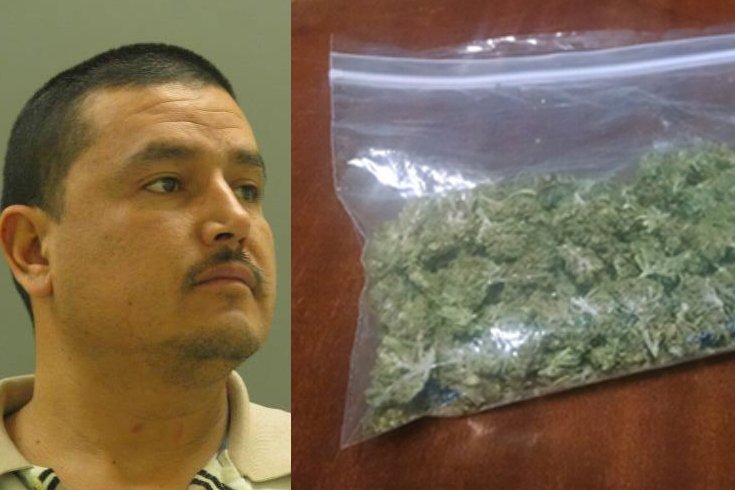 Ramiro Lopez-Castillo was arrested for his fourth DUI after his car was found parked on a neighbor's lawn Christmas day and marijuana was in his vehicle.

A man previously arrested three times for driving under the influence faces charges after steering his car on to a neighbor's lawn in Delaware Christmas day with marijuana on board.

According to police, 39-year-old Ramiro Lopez-Castillo's Ford Explorer was found parked in the front yard of a home on the 100 block of Jefferson Avenue in Elsmere Friday.

Authorities say Lopez-Castillo, who lives just minutes away on the 1200 block of Maple Avenue, admitted to responding officers that he had been drinking and police discovered 22 grams of weed in the vehicle.

He has previously been convicted of three DUIs, police say, and now faces a 4th offense DUI charge in addition to counts of careless driving and possession of marijuana for person use.

Lopez-Castillo was released after posting a $7,002 secured bail.