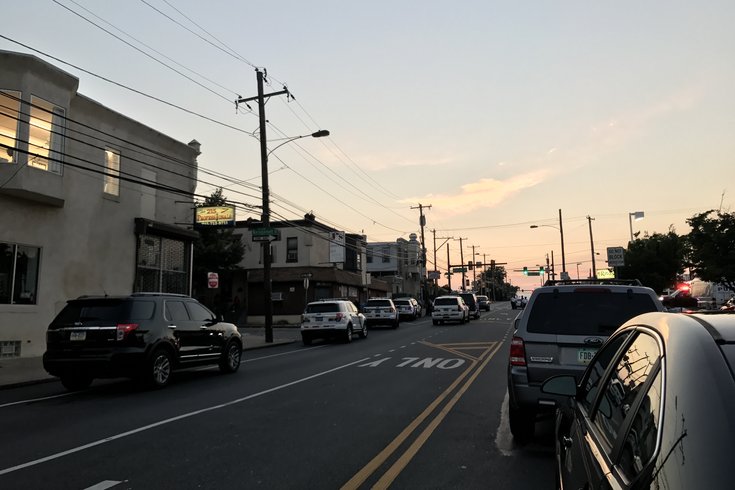 Scene near police standoff in Germantown on July 18, 2017.

Philadelphia police are actively engaged in a standoff with a homicide suspect who has barricaded himself inside a Germantown property. according to multiple reports.

The standoff began around 6:30 p.m. at a home located near the intersection of Crittendon and Haines streets, according to 6ABC. Shots have reportedly been fired at officers as they attempt to bring the suspect into custody.

Police said the suspect was first spotted running along rooftops on Haines Street.

The suspect, who was not identified, is wanted in connection with the fatal shooting of a 25-year-old woman earlier Tuesday in the 1200 block of Sanger Street.

No injuries to Philadelphia police have been reported and authorities are urging nearby residents to remain indoors.