Riley Williams, 23, was found guilty of interfering with law enforcement, but the jury could not reach a verdict on charges related to the House Speaker's stolen laptop 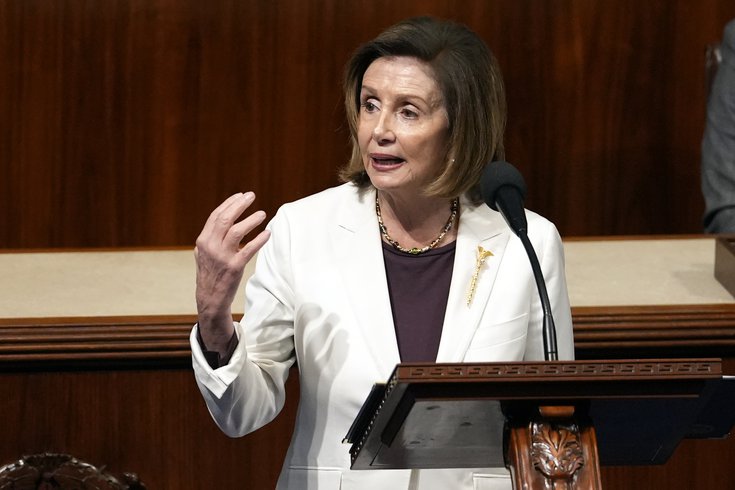 House Speaker Nancy Pelosi's laptop was stolen from her office during the U.S. Capitol riot on Jan. 6, 2021. Riley Williams, 23, of Harrisburg, had been facing federal charges for her alleged role in that theft. She was convicted Monday of six other charges, but a jury could not reach a verdict on the laptop charge.

A Harrisburg woman who stormed Nancy Pelosi's office during the U.S. Capitol riot and allegedly bragged that she had stolen the House speaker's laptop was convicted Monday of multiple crimes related to her involvement in the insurrection.

A jury could not reach a verdict on two other charges, including the allegation that Williams aided and abetted theft of government property. Federal court filings alleged that Williams had bragged online about taking Pelosi's laptop, hard drives and gavel. Prosecutors said those items still had not been recovered.

Williams was among thousands of supporters of former President Donald Trump who attended the "Stop The Steal" rally that preceded the mob infiltration of the U.S. Capitol on Jan. 6, 2021. Williams was connected to the far-right extremist movement Groyper, a term embraced by followers of white supremacist and "America First" leader Nick Fuentes, federal prosecutors said. In the month leading up to the Capitol riot, Williams had attended rallies where Fuentes gave speeches protesting the outcome of the 2020 election.

Williams entered the U.S. Capitol building through the Senate Wing Door around 2:15 p.m. and remained inside for approximately 70 minutes, according to investigators. While inside, Williams moved through the Crypt and the Rotunda before making her way into the Office of the Speaker of the House, joined by other rioters.

During her time inside the Capitol, Williams recorded videos and took photos that prosecutors used as evidence in the case. At one point, Williams threw a water bottle at police officers and called them traitors, investigators said.

Inside Pelosi's office, audio recordings picked up Williams telling another rioter, "Take that f***ing laptop," and, "Dude, put on gloves!"

A federal judge ordered Jan. 6 rioter Riley Williams, a 23-year-old right-wing extremist, taken into federal custody after a jury convicted her on six of the eight counts she faced in connection with the attack. https://t.co/ERh3CYokVP

One witness, described as a former romantic partner of Williams, told investigators that Williams planned to send the stolen laptop and hard drives to a contact in Russia, who would then sell the items to Russia's foreign intelligence service, the Associated Press reported. The witness claimed that Williams had possibly destroyed the device after the arrangement to send it to Russia fell apart.

Pelosi's chief of staff, Drew Hammill, confirmed after the riot that the laptop had been stolen. He said it had only been used for presentations. Pelosi announced last week that she would step down from House Democratic leadership when the new Congress forms in January.

Williams was arrested in Harrisburg on Jan. 18, 2021. Investigators said her father had given her a ride to Washington on the day of the riot and that she had returned to Pennsylvania in the hours after the Capitol building was secured.

Williams was released from Dauphin County Prison three days after her arrest and was permitted to stay with her mother under home detention with location monitoring. Her father, 55-year-old Ricky Williams, was arrested in April 2021 on child pornography charges following an undercover investigation in Dauphin County.

Riley Williams is scheduled to be sentenced on Feb. 22.

Nearly 900 people from all 50 states have been charged for their alleged roles in the Jan. 6 breech of the Capitol, including more than 275 people charged with assaulting or impeding law enforcement.