Drake’s “Aubrey & The Three Migos” tour is coming to Philly 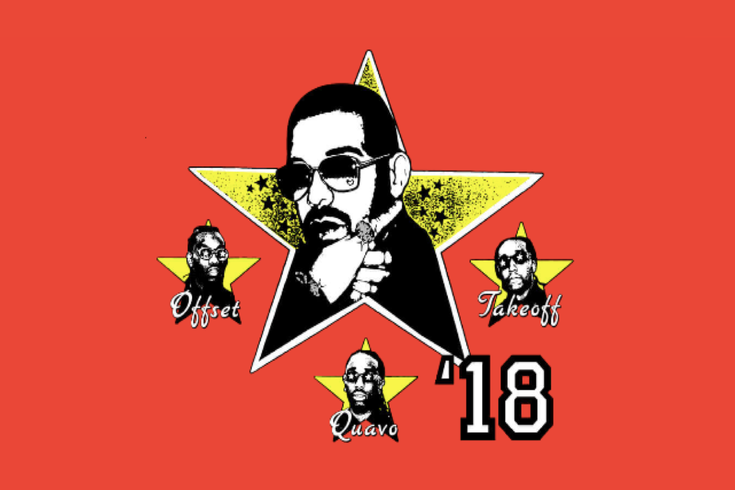 Drake will be making a stop in Philadelphia next weekend with special guests Migos as part of his headline-making “Aubrey & The Three Migos” tour across the country. The platinum-selling artist will perform on Saturday, September 15 and Sunday, September 16 at the Wells Fargo Center. While the first night’s performance is already sold out, tickets for the second night are still available.

Undeniably one of the biggest names in music, Drake is having his most successful year yet. The rapper has claimed the most top 10 hits in history among solo male artists and had a record-setting 27 songs on Billboard’s Hot 100 list at the same time in July. He continues to release chart-topping hits like “In My Feelings,” “God’s Plan” and “Nice for What” at a rapid pace and doesn’t appear to be slowing down any time soon.

Don’t miss your chance to see 2018’s biggest artist. Get your tickets now.