Shopping Bob Saget is so ready for 'Fuller House' 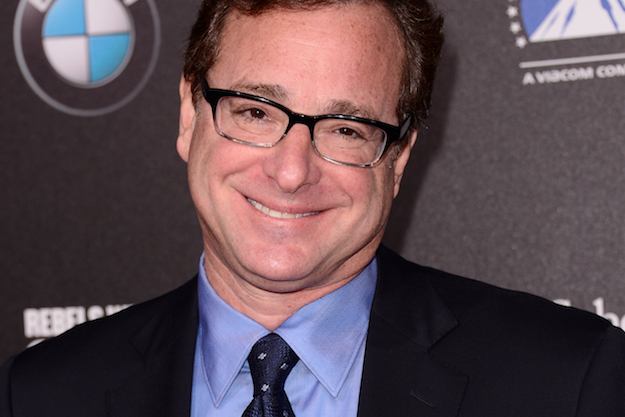 Actor Bob Saget attends the 2nd Annual "Rebels With a Cause" Gala benefiting the USC Center for Applied Molecular Medicine at Paramount Pictures Studios on Thursday, March 20, 2014 in Los Angeles.

The great Bob Saget, graduate of Abington Senior High School, is pumped for the fast-approaching debut of Netflix's spinoff sitcom 'Fuller House,' which will take us back to San Francisco to see how the Tanner family has survived the devastating loss of the nineties (plus D.J.'s fictional ex, who has left her a widow and mother of three).

Saget, who paradoxically triumphed in American culture as an icon of both OCD fatherhood and X-rated comedy, will reprise his role as Danny, the patriarch with three adult daughters (Michelle now possibly an estranged fashionista) and best pals Joey and Danny still hanging around. He will also have an African-American wife as the show explores interracial relationships, nontraditional families and other facets of present-day society, such as kids acting up on social media.

In the run-up to the series premiere, Saget took to Instagram to share a silly shopping experience he recently had after his housekeeper asked him to pick up some supplies.

It may be 2016, but clean is still good, dirt is still bad (unless it's in the title of Saget's book, "Dirty Daddy: The Chronicles of a Family Man Turned Filthy Comedian"). The only thing he appears to have forgotten, regrettably, were the ingredients for lime soup.

Check out the official trailer for 'Fuller House' below and prepare yourselves for February 26.