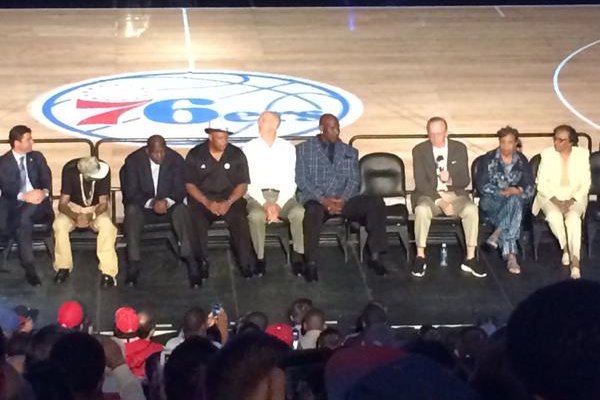 Heading into the night, I was pretty skeptical. It’s well documented that the Sixers haven’t been very good the last few years, and even though I genuinely enjoy covering them, the home whites that the team has donned since the 2009 season are in the pantheon of great basketball uniforms. Why mess with a good thing?

For one, money, but let’s try not to be too cynical. If the Sixers were going to alter their threads, it would be a shame if they took a major step back aesthetically. One of the major travesties of Allen Iverson’s on-court career is that he wore some of the ugliest uniforms the NBA has ever seen until he was washed up.

The Answer was on hand for the festivities, and after he and a bunch of other important people spoke about their time with the Sixers (which we’ll get to later), it was time for the grand reveal: 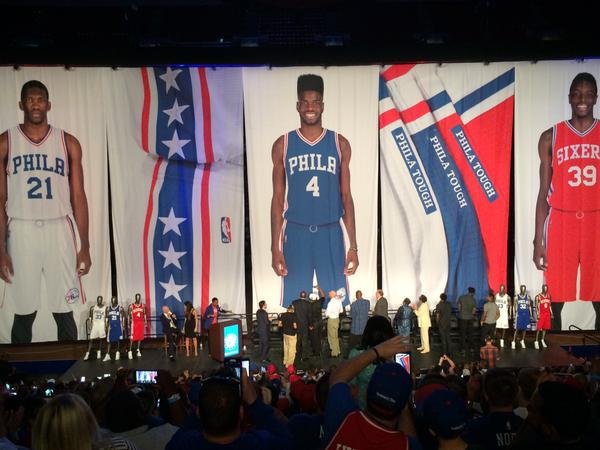 In the words of funniest man on the planet, prettay, prettay, prettay good. I particularly like a couple of decisions, the first one being the choice to change the insignia back to “PHILA,” which is a nod to Wilt Chamberlain and Billy Cunningham’s 1967 NBA champions. The stars on the side, a throwback to Julius Erving’s Sixer teams, are also a nice touch. Here’s what Paul Lukas of Uni Watch had to say about them:

Bottom line: Fans who expect every uniform redesign to be a radical makeover will be disappointed in these unis. But sometimes less is more, and sometimes it's fine for a team to make small, incremental changes instead of attempting something more drastic. It would have been nice if the Sixers had been a bit more adventurous here with their typography, and the alternate jersey feels like a wasted chance to create something more exciting, but overall this will continue to be a good-looking team.

As for the ceremony, there was a nice turnout. I’m terrible at estimating crowd size, but there were probably a couple thousand people in “The Center” (h/t Eric Negron): 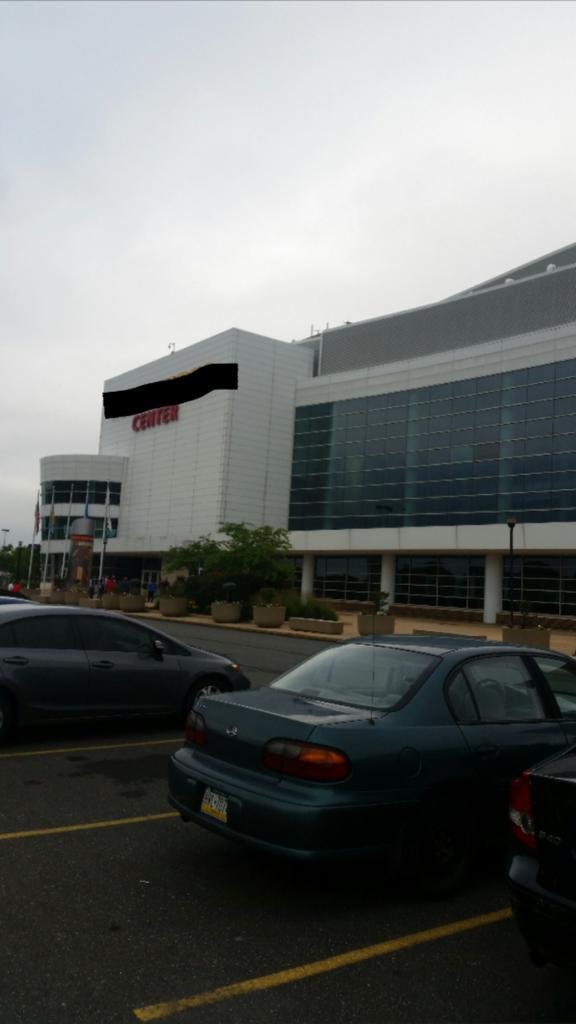 They were pumped, too. One of the most surprising developments of the last few years is how much of the Sixers fanbase is generally on board with what they’re doing. The Plan is obviously very polarizing, but there generally seems to be a really positive energy from the fans that are behind Josh Harris, Sam Hinkie, Scott O’Neil and the rest of the organization. At least for now, that is.

Line of the night went to Moses Malone, who compared his role on the 1981-82 Houston Rockets (averages of 31 and 15, NBA MVP) to the burden LeBron James just shouldered in the finals. The following year, Malone was traded to the Sixers and the rest was "fo', fo', fo'" history. Also on hand were Iverson, Cunningham, World B. Free, Daryl Dawkins, Bobby Jones, and Chamberlain’s two sisters. Current players Jordan McRae (who isn’t on the roster), Isaiah Canaan, JaKarr Sampson, Hollis Thompson, Robert Covington, and Jerami Grant were also present. The latter three were modeling the new duds, as were these creepy mannequins: 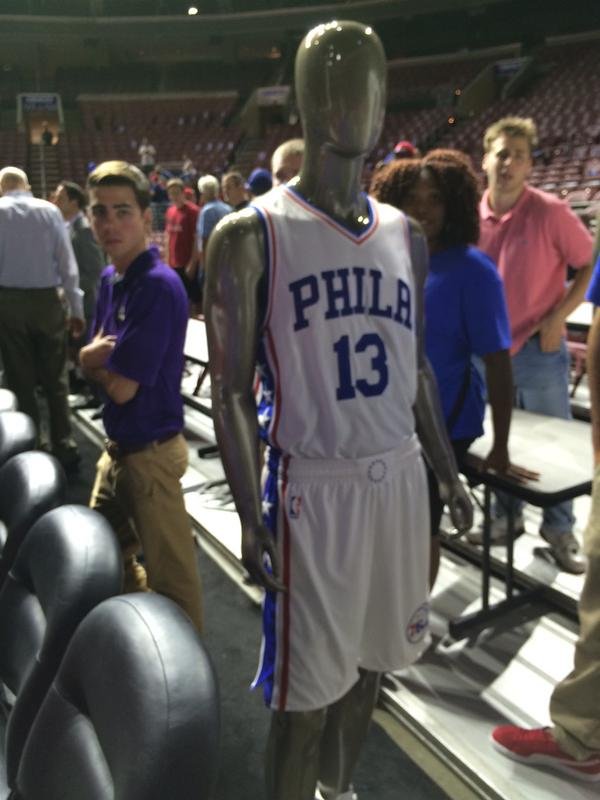 This Thursday, we saw the new uniforms. Next Thursday, we’ll finally get to see which top pick will wear them next season. Maybe it’s one of these two guys? 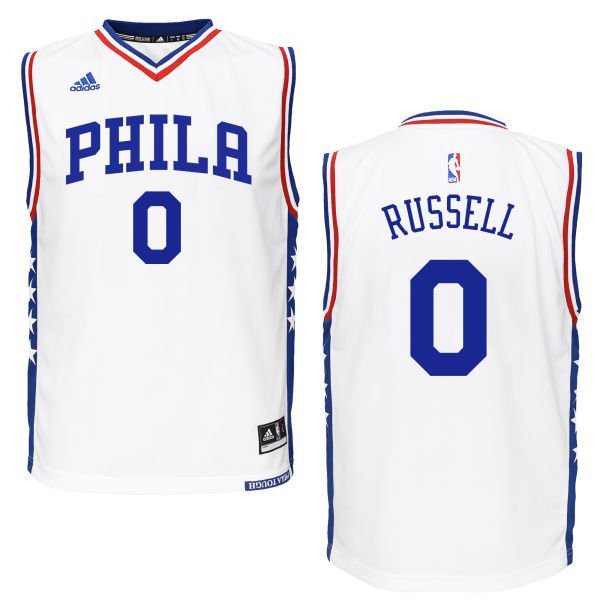 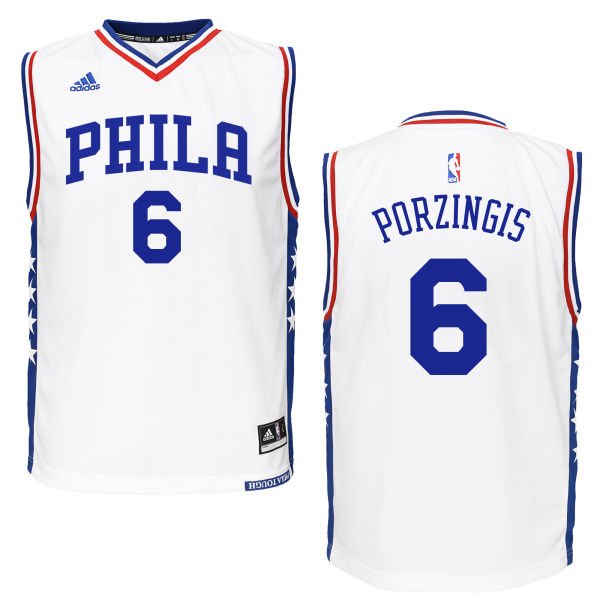