Chance of snow Tuesday and Wednesday could impact morning commutes

The National Weather Service has issued a hazardous weather outlook 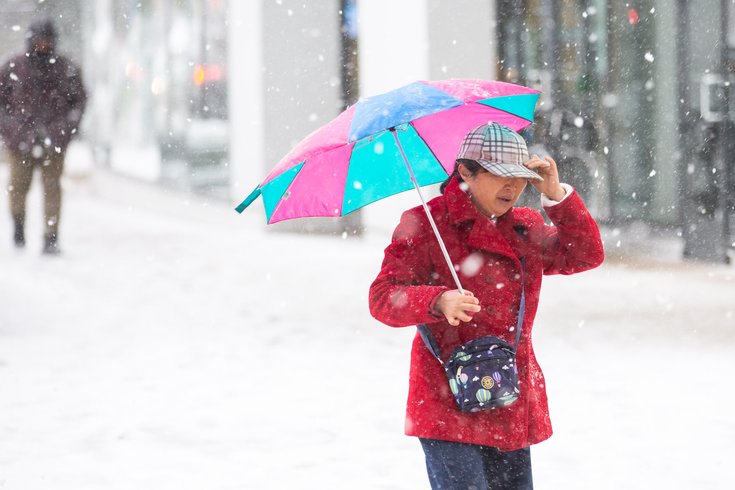 Dig out your winter gear and prepare for a potentially miserable commute, because some midday snow, rain and sub-freezing temperatures are in the forecast this week.

The National Weather Service in Mount Holly, New Jersey has issued a hazardous weather outlook for the Philadelphia region for Tuesday through Sunday as predictions for snow, rain and icy roads throughout the week loom over the forecast.

Looks like we could get some snow then rain on Tuesday before snow kicks in again around 9 p.m., giving us anywhere from an inch or two in accumulation that night. The NWS is warning drivers that roads may become icy after that point and into Wednesday morning, and we may see another half inch of snow before 8 a.m.

Periods of strong, gusty snow squalls are possible throughout Wednesday afternoon as an arctic cold front passes through the region.

Any more accumulation will form before the end of the night, so Thursday morning travel should be more clear but frigid with a high near 16 degrees and sunny.

We'll be updating the forecast as the week moves on, and let you know how the snow could affect your commute. Here is the forecast from the NWS as of midday Monday: