Apps like Instagram and TikTok are impactful at specific life stages, but generally have little effect on happiness 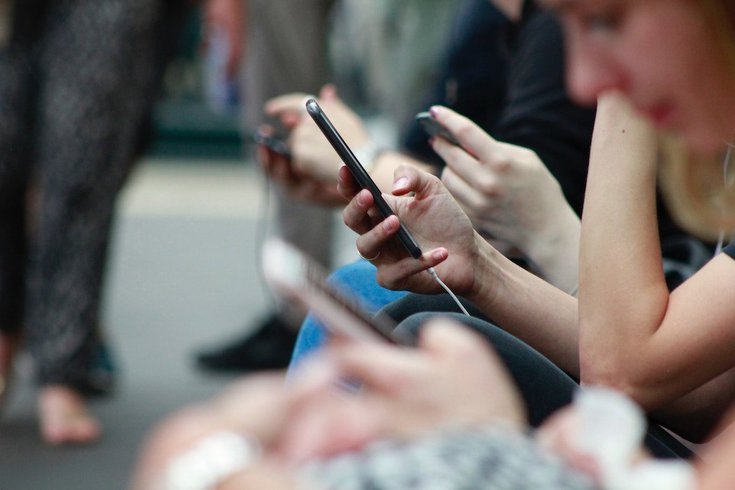 The relationship between social media use and teen mental health is less straightforward than it may seem, a new study finds.

The widespread popularity of apps like Facebook, Instagram and TikTok has coincided with surging rates of anxiety, depression and suicide among teenagers. Many people have questioned whether they're directly linked.

These concerns have made their way to Washington, where a bipartisan group of lawmakers are now considering regulating social media companies more heavily, in part because of their purported negative impact on youth.

But a new study out of the United Kingdom found that the relationship between social media use and mental health is less straightforward than it may seem.

Researchers surveyed nearly 85,000 people ages 10-80 about their social media use and life satisfaction. In general, people who used social media a lot or very little tended to be the least happy. The happiest people were those who spent a moderate amount of time using social media.

Since so much communication happens online now, particularly among younger generations, one possibility is that young people who are cut off from social media feel disconnected and are less happy.

Those who are unhappy also may be using social media as a distraction. "Most people have surely had the experience of staring at their phone because they’re not in the mood to be sociable," the story added.

Though the study found the direct relationship between social media use and happiness was relatively weak, there were two life stages in which the link strengthened – puberty and at the onset of adulthood.

For girls, this first stage occurred between ages 11-13; for boys, it happened between ages 14-15. Then, both sexes hit a second stage of sensitivity at age 19 – a time of great transition for many people marked by the end of high school and a shift to the workforce or college.

"The link between social media use and mental well-being is clearly very complex," said researcher Amy Orben, a psychologist at the University of Cambridge. "Changes within our bodies, such as brain development and puberty, and in our social circumstances appear to make us vulnerable at particular times of our lives."

The study also set out to determine whether social media use was causing unhappiness in young people or if unhappy people just tend to use social media more.

To do this, the researchers examined the social media use and life satisfaction levels of teenagers at one time, and then re-examined it one year later. In general, they found that unhappiness led to increased social media use.

But the researchers found that the relationship went both ways during puberty and at age 19. At those stages, teens tended to increase their social media use in response to unhappiness, but increased social media use also led to decreases in life satisfaction.

Yet, the study's biggest conclusion was that, in the grand scheme of things, social media does not have a big impact on happiness. When the relationship is at its strongest, social media use only accounts for 4% of the difference between peoples' life satisfaction scores over the course of a year.

This backs up a 2019 study that found other factors – like eating breakfast, bullying and binge drinking – have more of an impact on a teen's well-being than digital technology use.

This doesn't mean there's nothing to worry about, though, as the relationship between social media use and happiness is different for different people.

"Our statistical modeling examines averages," said Rogier Kievit, a neuroscience professor at the Donders Institute for Brain, Cognition and Behaviour. "This means not every young person is going to experience a negative impact on their wellbeing from social media use.

"For some, it will often have a positive impact. Some might use social media to connect with friends, or cope with a certain problem or because they don't have anyone to talk to about a particular problem or how they feel – for these individuals, social media can provide valuable support."

The fact that social media use may not, on average, impact mental health does not mean it's not a negative force for some teens.

"If someone says that social media is really hurting – or benefiting – them in some way … I won't smack my study on the table and say no," Orben told the i.