How to stream Super Bowl LIV for free

The Kansas City Chiefs and San Francisco 49ers play Sunday, Feb. 2 in Miami; Kickoff is at 6:30, coverage begins at 2 p.m. on FOX 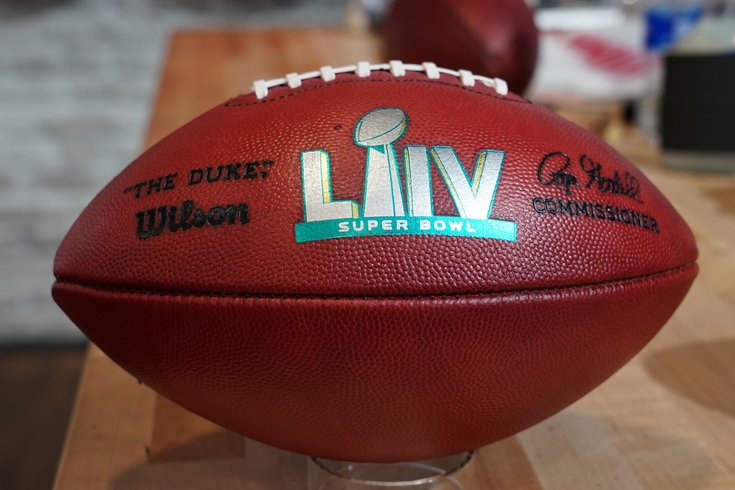 Super Bowl LIV will stream for free on all Fox apps, as well as the NFL app, on Sunday at 6 p.m.. These apps can be accessed through a smartphone or streaming device, such as Apple TV, Amazon Fire Stick, or Sling.

Super Bowl LIV between the Kansas City Chiefs and the San Francisco 49ers kicks off at 6:30 p.m. Sunday, Feb. 2.

FOX will broadcast the game from the Hard Rock Stadium in Miami, Florida. The "FOX NFL Kickoff Show" starts at 1 p.m. and the official pregame coverage begins at 2 p.m. In Philadelphia, the game will be on FOX29, and the parent network is also making the Super Bowl accessible to viewers on FoxSports.com and using the FOX Sports and FOX NOW apps.

For fans without cable or streaming subscriptions, FOX will stream the championship game live, for free, at FoxSports.com and on the FOX Sports and FOX NOW apps  This also includes the kickoff show, beginning at 1 p.m., and the pregame show, beginning at 2 p.m.

It will also be available for free using the NFL and Yahoo Sports apps. Computer users also can watch at NFL.com.

How to watch the Super Bowl on subscription streaming services

Will the Super Bowl be broadcast in Ultra-High Definition?

This will be the first Super Bowl broadcast in 4K ultra-high definition and high dynamic range, Verge reports.

Cable subscribers can watch the game in 4K UHD if they subscribe to one of the following cable TV providers: DirectTV, DISH, Comcast Xfinity X1, Altice Optimum, Verizon FIOS. Football fans also can watch the game in the highest-possible resolution using the Amazon Fire TV 4K and Apple TV 4K in combination with the FOX NOW, FOX Sports and fobuTV apps. The fuboTV app requires a subscription.

How to use Roku to watch the Super Bowl

It looks like Roku users won't have all the options described above available to watch Super Bowl LIV. As of Friday afternoon Roku and FOX Corp. were embroiled in a contract dispute with their distributing contract is set to expire Jan. 31. On Thursday, Roku pulled all the FOX apps from its store, and if this is not resolved before Sunday night, if would mean Roku users will not have access to the FOX NOW or FOX Sports apps through their TVs

But there are alternative beyond watching the game on a smartphone or a computer. Roku has fubuTV, YouTube TV, Hulu and NFL apps in its store. Check out about for more information about those.