Super Bowl LIV betting advice: Smart money is on the 49ers and these prop bets 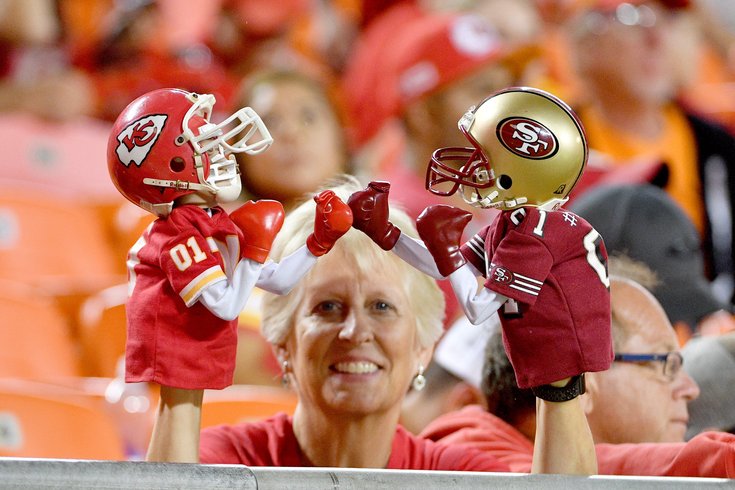 Each Friday for PhillyVoice, Steve Maltepes, known as “The Philly Godfather,” imparts his gambling wisdom on where the smart money is going for some NFL games that weekend. This weekend, there is only one: Super Bowl LIV in Miami. Maltepes is one of the nation’s hottest sports betting experts who appears weekly on national radio and has his own website, www.thephillygodfather.com.

What is the line telling you: The game originally started as minus-3 for the Chiefs offshore, and they had to take the game off the board because there was so much sharp money taking San Francisco at plus-3. That forced the offshore bookmakers to adjust the price to Kansas City minus-1.5.

You need to understand something. There is a true line and a fair line. The fair line is based on public perception. Bookmakers knew by making the Chiefs a 1.5-point favorite, that says that they’re the better team. That draws the public to bet on them, and that’s exactly what happened. Talking to guys in Vegas, offshore over 60-percent of all tickets placed are on the Chiefs. It feeds right into the bookmakers, who are getting more Chiefs money.

Bottom line: Take San Francisco -1.5. The Niners spent $92 million on their defense. They’re good on both sides of the ball. If you look at the two quarterbacks, Patrick Mahomes is the younger quarterback and though he’s very mature and very good, young quarterbacks don’t do well on this stage. San Francisco has the better overall team.

Over 66.5 receiving yards for George Kittle

What is the line telling you: We don’t think anyone on the Chiefs can stop that guy, so we expect a big game from Kittle. Plus, he comes in undervalued, based on how little the 49ers used him in the NFC championship.

Under 76.5 receiving yards for Travis Kelce

What is the line telling you: The 49ers’ Jimmy Ward is a credible guy who can shut down Kelce. Ward is one of the best safeties in the game, and he was targeted around 25 times this season, giving up around 5.4 yards per pass. Ward was third in the NFL in pass breakups and we think he can cover Kelce, or at least slow him down. San Francisco has to find a way to slow Kelce down. Ward could be it.

What is the line telling you: You’re getting 3-to-1 odds, and you’re getting value with Garoppolo. People think that Garoppolo is a game-manager, but people forget he threw for as many yards as Drew Brees when the Niners beat the Saints in December. San Francisco has scored over 40 points three times this year and over 30 points nine times this year. The other interesting point about this prop bet is the Niners play the same cover-3 zone defense as the Los Angeles Chargers, and Mahomes has had trouble against that.