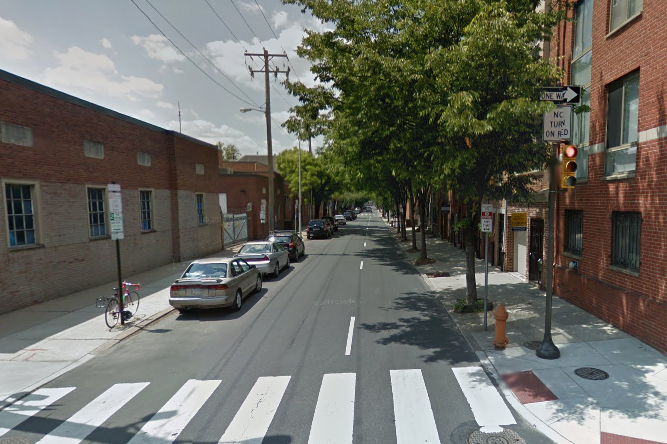 The 900 block of Lombard Street.

Authorities are looking for a man who allegedly sexually assaulted a woman on a Center City street Wednesday night.

The victim was walking on the 900 block of Lombard Street around 10 p.m. when a man pulled up to her on a mountain bike, police said.

The unknown male allegedly put his hand up the victim's dress and assaulted her.

Police described the suspect as a Hispanic male with a medium complexion, standing about 5-foot-6 with a stocky build.

He was wearing a light blue polo shirt with shorts and a black and orange backpack, police said.

Anyone with information on the incident is asked to call the Special Victims Unit at 215-685-3252.