Just before Easter, Target is recalling approximately hundreds of thousands of small toys that are potentially dangerous if swallowed by children. 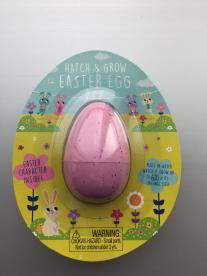 On Thursday, the retail store announced the recall includes approximately 560,000 items that were available on store shelves at locations nationwide since February. No injuries were reported, but Target officials decided to issue a voluntary recall.

The products cost about $1 and are small water-absorbing toys sold under the names Hatch & Grow Easter Eggs, Easter Grow Toys and Hatch Your Own Dino. The trinket is designed to grow in size when water is added, but could be life threatening if ingested. 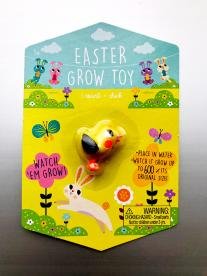 According to the U.S. Consumer Product Safety Commission, the toy "can expand inside a child's body and cause intestinal obstructions." Symptoms could include severe discomfort, vomiting and dehydration. Removal would require surgery, but the toys might not show up on an x-ray. 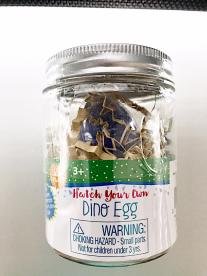 Hatch Your Own Dino.

If purchased, consumers should immediately take the toy away from children and return it to any Target store for a full refund.