Anthony 'Buckie' Leach, 62, was fatally injured after colliding with a deer, investigators said 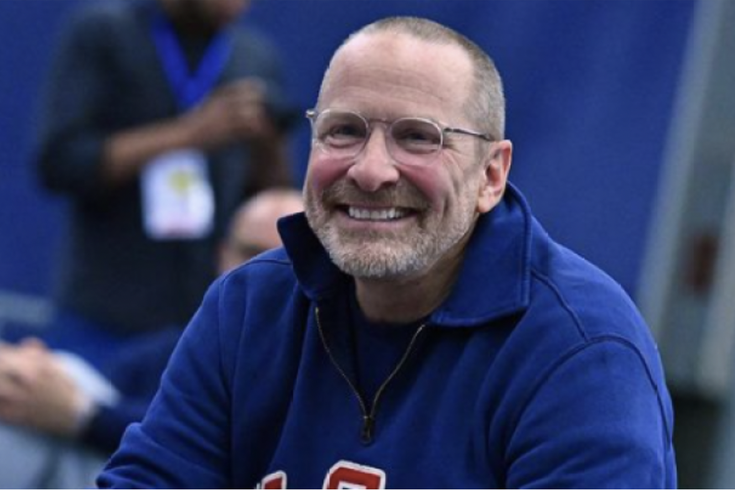 Team USA women's fencing coach Anthony 'Buckie' Leach, 62, was killed in a motorcycle accident in Pennsylvania on Aug. 14, 2021. Leach, a member of the USA Fencing Hall of Fame, was a renowned coach who led the women's team at the Olympics on five occasions. The team placed fourth in Tokyo earlier this summer.

The longtime coach of Team USA's women's foil team died Saturday in a motorcycle accident in northern Pennsylvania, just weeks after the conclusion of the Olympics in Tokyo, USA Fencing confirmed.

Anthony "Buckie" Leach, 62, died of injuries suffered after he struck a deer in the roadway while riding his motorcycle on PA Route 6 in Pike Township, Potter County, which borders New York, according to a crash report from state police.

Leach was ejected from his 2021 Ducati Supersport around 6:35 p.m. and was wearing a helmet at the time of the crash. He had been riding the motorcycle on a cross-country road trip after returning from Japan.

Leach is credited with helping build the U.S. women's foil team into a competitive force over the last 30 years, including four medals at the Senior World Team Championships and the squad’s first Senior World title in 2018. In Tokyo, Leach led the women's foil team to a fourth place finish, matching the team's rank at the Sydney Olympics under his lead in 2000. He was inducted into the USA Fencing Hall of Fame in 2013.

Leach also was a fencing assistant at Notre Dame University, where he was a part of three NCAA and ACC team championships apiece.

The Notre Dame Fencing Family is heartbroken over the tragic passing of Buckie Leach.

We lift our prayers for his sister, Kathy, as we join her in celebrating his life.

In 2021, Leach was joined in Tokyo by Temple University graduate student Kamali Thompson, a surgical resident who served as an alternate for the fencing team.

A GoFundMe page created on behalf of Leach's family, which has since been disabled, raised more than $51,000.

"Coach Buckie Leach, without a doubt, made a lasting impact on fencing as a sport and in the lives of all those who came across his joy, humor, and endless passion," the GoFundMe page stated. "Our emotions are still raw, and we are still frozen in disbelief from this terrible news. Buckie left us doing what he loved doing most; riding his motorcycle. His sister, Kathy, wants everyone to know that he didn't suffer."