At Saturday's home opener at the Linc, only Owls players' and coaches' families will be permitted in the stadium 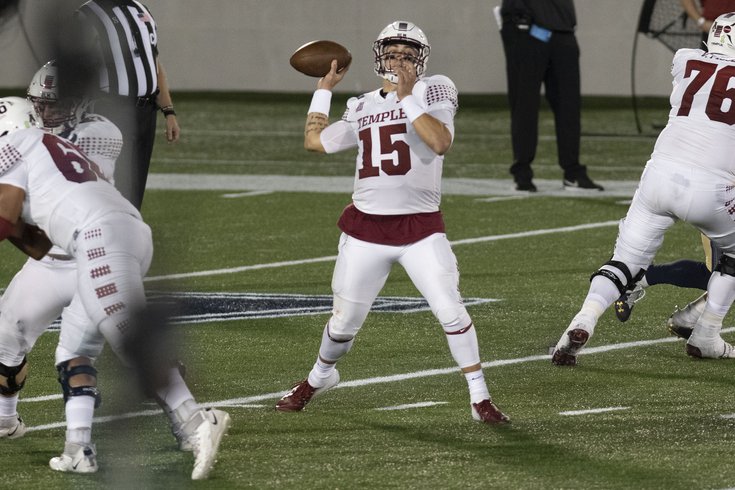 Temple University football is playing a shortened eight-game schedule this season due to the ongoing COVID-19 pandemic. The Owls lost their home opener last weekend to Navy.

The Temple Owls will have fans in the stands at Lincoln Financial Field for their three home football games next month.

The university's athletics department announced Thursday that it will begin offering a prorated season ticket plan to the team's three November home games. The Owls play Southern Methodist University on Nov. 5, East Carolina University on Nov. 21, and Cincinnati on Nov. 28.

Fans who already renewed their season tickets for the 2020 football season will have priority on the purchase of seats for the three games. A limited number of tickets will be made available to Temple students.

When the Owls take the field on Saturday for their home opener against the University of South Florida, there will still be no fans permitted to attend. Complimentary tickets will be provided to players' and coaches' families. This will allow the school and its medical team to monitor the event for health and safety purposes before offering tickets to the general public, the university said.

For those fans who still can't attend Saturday's game at Lincoln Financial Field, the game is being broadcast by ESPN+ at noon.

The Owls lost their 2020 season opener last weekend at Navy. The team is playing a shortened eight-game schedule this season due to the COVID-19 pandemic.

Philadelphia's changes to its outdoor gathering restrictions also prompted the Eagles announce that a limited number of fans will be permitted to attend Sunday's home game against the Baltimore Ravens.