Nearly 2,500 nurses, hospital technicians and other health care staffers who had been working without a deal since Sept. 30 announced the contract agreement on Monday evening 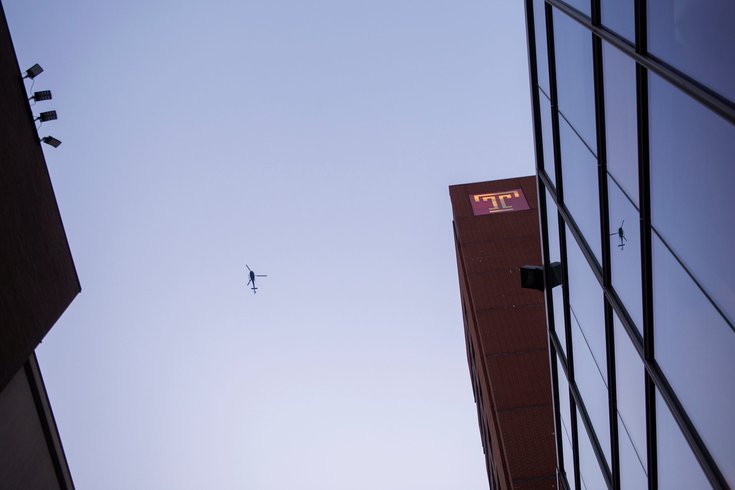 Temple University Hospital union workers agreed to a new contract on Monday after negotiating since August. The new three-year contract makes the nurses, technicians and other health care professionals the highest paid in Pennsylvania.

After multiple months of negotiations and a vote to strike if the two sides could not agree on a deal, Temple University Hospital union employees have agreed to a new three-year contract.

Nearly 2,500 nurses, hospital technicians and other health care staffers who had been working without a deal since Sept. 30 announced the contract agreement on Monday evening.

The nurses negotiated terms within their contract to decrease the patient-to-nurse ratio and implement additional safety measures at the North Philadelphia hospital campus, including 24/7 security and metal decorators designed to identify concealed weapons, according to WHYY.

"This contract, with its new staffing language and the seat at the table it provides us in creating policies to report and prevent workplace violence, is game-changing," Mary Adamson, ICU nurse and TUHNA president, told WHYY. "It will help us retain seasoned nurses and better care for our patients."

Under the new contract, Temple nurses will become the highest paid in the Commonwealth due to an undisclosed wage increase, Philly Biz Journal reported.

Around 89% of union workers agreed and ratified the contract last Friday.

"In this contract, the work we do, the work we risked our lives to do over the last two and a half years, is further respected, further valued," Carlos Aviles, TAP president, said in a statement.

In September, Temple University Hospital employees picketed outside the building just days before their contract ended. Employees spoke about the hardships they faced working at the university's hospital, including workplace violence, lack of appropriate resources and a lack of respect as caregivers.

"The turnover rate for nurses here is staggering," Adamson said in a press release. "We have more than 170 agency nurses in the hospital, and we are still short-staffed every day and every night. Everyone from physicians to orderlies complains that we are strained beyond our limits, and patient care is suffering. But our CEO sends out multiple press releases bragging about the hospital's millions of dollars in profits."

She added that the fight was about more than finances and money, but respect.

On Oct. 13, TUHNA and TAP union members voted to authorize a strike if a contract deal could not be reached. The battle during contract negotiations hinged upon staff safety, improved retention of experienced caregivers, workplace violence prevention, and, as workers emphasized, respect for the frontline workers who not only had to work through COVID but also the ever-evolving gun violence plaguing Philadelphia by treating victims of shootings daily.

"Without our efforts inside the hospital for our North Philadelphia community – and especially our sacrifices over the last two and a half years – Temple wouldn't be where it is today," Aviles said back in October. "Yet we don't get respect for our professionals at the bargaining table. We don't get gratitude for our contributions. We don't get proposals that will help us keep the staff who are leaving in droves. We get TUH trying to operate for-profit in a nonprofit environment at the expense of its patients and its own caregivers."

In 2010, Temple University Hospital staffers also staged a strike after working for six months without a contract. The strike lasted for a month, according to Philly Business Journal.

Last year the nonprofit hospital made $231 million, and in July 2021, it announced it would spend $5 million to enhance nurse scheduling, staffing and recruitment. That investment was designed to provide more flexibility in hours, bonuses for referring nurses and other payment incentives.