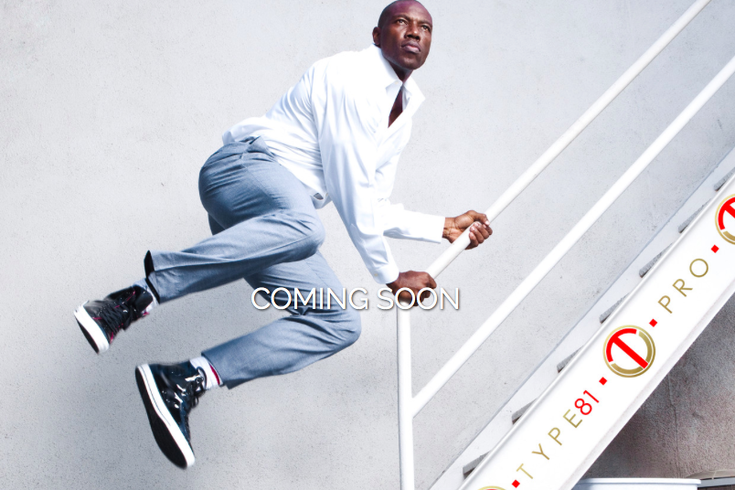 Terrell Owens in an ad for Prototype81.

Get your unworn clothes ready to put in the donation bin: former Eagles wide receiver and NFL great Terrell Owens has unveiled a new men's sports fashion line that is engineered to collide with performance.

Over the past few days, Owens teased the athleisure line ahead of its Monday debut at a MRket global fashion trade show in New York City.

We are excited to be at the MRKet show! So "Getcha Popcorn Ready" for some sneak peek shots!#prototype81 #behindthescenes #mrket @mrketshow

Owens, 42, has seemingly done it all. Despite last year's Hall of Fame snub, Owens is sitting pretty at No. 2 overall in career receiving yards (15,934) and ranks fifth in total touchdowns (156). Even amid numerous reality television appearances, including three seasons of his own VH1 series, Owens has acknowledged dealing with financial problems as recently as 2014. None of his annual NFL comeback attempts ever materialized — he's projected to officially retire in 2112 — so now we get Prototype81.

We don't yet know much about the pricing of Owens' new gear. The Prototype81 website just shows him jumping mid-air on a handrail and beaming intently into the distance. Doubtless, he is revving up some sort of promotional extravaganza. 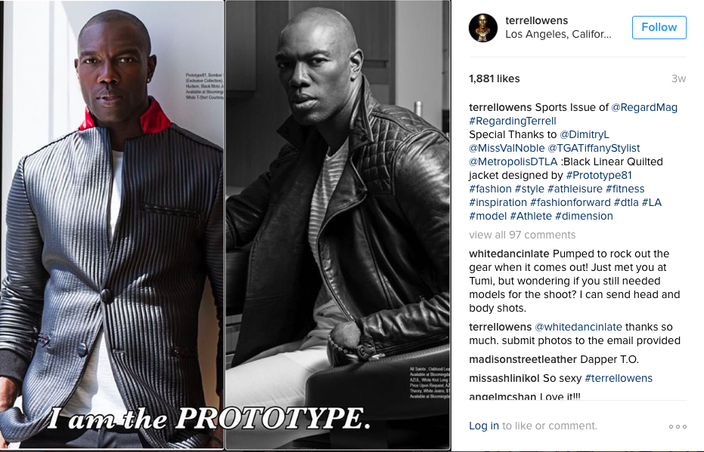 Terrell Owens on the cover of Regard Magazine.

Also, even though Prototype81 is a men's fashion line, T.O. is looking for 81 female models to join him for a private casting call. 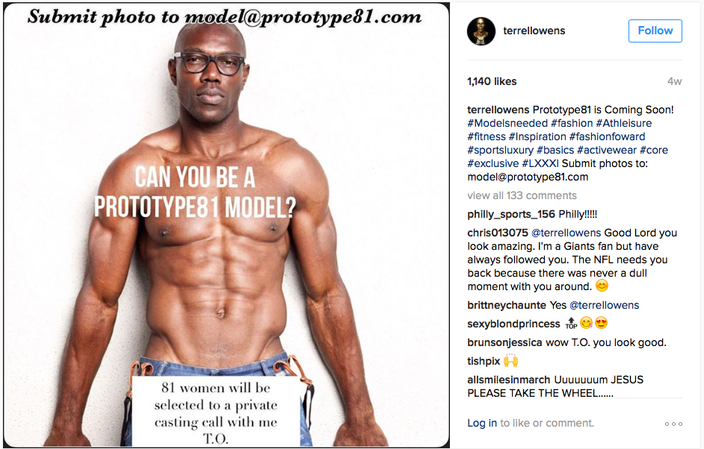