Vehicle stopped with cache of weapons, ammunition and armor 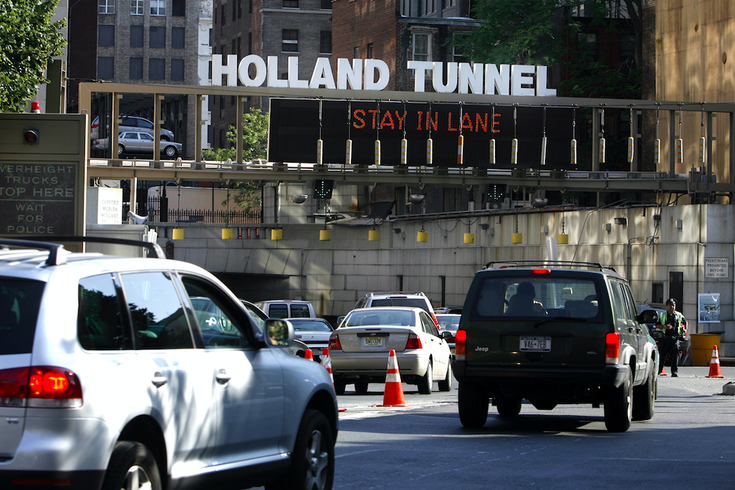 According to the New York Post, the three suspects were stopped by police at the New Jersey entrance to the tunnel for a cracked windshield on their green Dodge pickup truck.

Port Authority officials said police searched the vehicle after spotting a gun and recovered a weapons cache including long-range weapons and handguns, 2,000 rounds of ammunition, a camouflage helmet, and night goggles. Drugs were also recovered from the vehicle, according to NBC New York.

The suspects, described as two men in their fifties and a woman in her twenties, were all arrested for illegal weapons possession. One of the suspects reportedly told police that the trio was traveling to Queens to rescue a heroin addict who was being held against her will. Officials said police were searching for the woman in Queens.

The Dodge pickup truck, impounded after the stop, had a decal for Higher Ground Tactical, an indoor gun range based in Emmaus, Pennsylvania. Authorities said the suspects appear to be "gun enthusiasts" without any connection to terrorist activity.