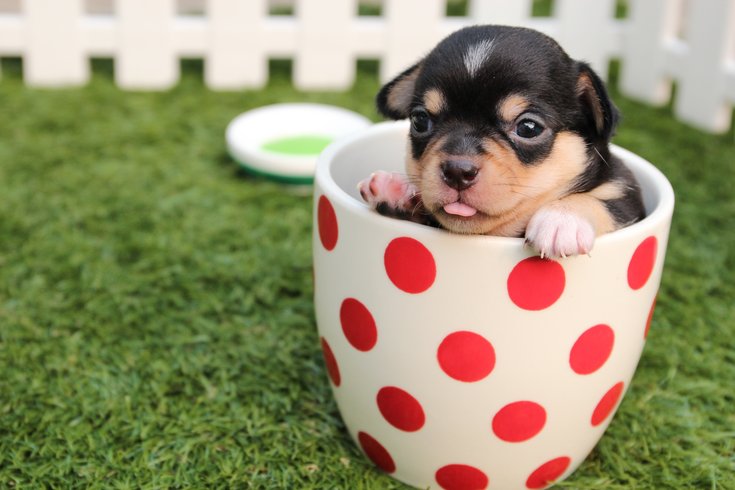 With a single tweet (that turned into hundreds of thousands of tweets) earlier this month, Sully the Service Dog – and his commitment to the late President George H.W. Bush – showed the impact that pooches and other animals can have across Twitter.

The image of Sully laying before Bush’s casket is one that will resonate, even long after contrarian haters wasted their time chiding folks who connected with it.

However, that’s not the only really cute or cool tweet involving our non-human companions.

In this Tweets of the Year installment, let’s take a look at some other memorable ones (in no particular order, but most notably excluding PETA’s call regarding mean-word-ism). If we missed some, by all means share them in the comments section. Also, in the spirit of fair warning, one of these tweets drew an NSFW tag on account of profanity.

There is no such thing as enough good-pet/wild-animal/rodent/singing-fossils content.

(Oh yeah, be sure to check back on Friday and Monday for other Tweets of the Year lists.)

i tried using the superzoom option on instagram with my dog and this happened pic.twitter.com/Pvle3qW3DF

Nothing to see here. Just a rat scrubbing itself in the shower. pic.twitter.com/4RN03admo9

The hero we don’t deserve (but that pup sure did).

If you see this man... HUG this man ❤️ pic.twitter.com/3A2xofxZLp

Good thing this biased cat ain’t on the jury.

In which Putin saves a pup from pain.

imagine being the guy who holds a puppy like such a monster that Vladimir Putin has to come in and save the day pic.twitter.com/k8dZl464NF

Dan sent me this pic of an “everything beagle with cream cheese” and I’m DEAD pic.twitter.com/HzE7Wwl5WR

Who’s a good trainer? Oh yes you are!

my man just swiped a treat from his dog on national tv pic.twitter.com/qCh0rndGgw

did a spider write this pic.twitter.com/UK91QFd1ck

today in west philly i saw a rat run down the street and jump onto a homeless mans leg and he said “HENRY I MISSED YOU!!” i have seen it all

There’s no allegedly about it. (Please don’t sue us, seagull.)

A message to my enemies. pic.twitter.com/kMjGN5WBe6

The only logical conclusion. (And also one that warrants an NSFW tag for profanity.)

This just in: this motherfucker’s delicious. https://t.co/DpAD76IsMM

*someone asks to pet a dog in Manayunk*

*someone asks to pet a dog in Rittenhouse*

“As a matter of fact you can! His name is Rufus but I have to warn you...he’s EXTRA cuddly!”

Pitbull insinuating he died of alcohol poisoning from his own vodka brand and came back as a beach dog is exactly what I needed to get through this day https://t.co/u80lPWFMCE

Jason Kelce just lost his voice and delivered one of the greatest parade speeches EVER. [NSFW] pic.twitter.com/d2wjGDBgYL

i am trying my best pic.twitter.com/2TIBeKnshA