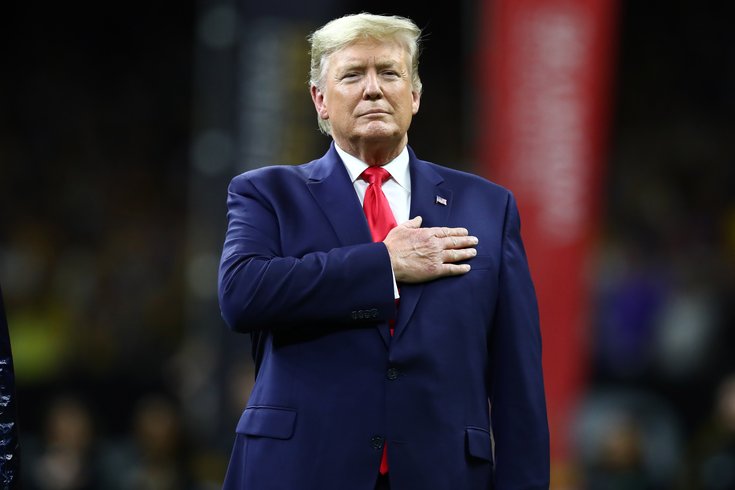 A store selling merchandise of President Donald Trump opened in Bensalem, Bucks County, on Tuesday, and it's inventory anything and everything related to the 45th President of the United States as he seeks re-election this November.

The Trump Store, in the Bensalem Plaza shopping center on Street Road, was opened by couple Mike and Monica Domanico.

Mike Domanico owns a T-shirt business called Sik-Nastee Custom Shirts and Apparel Co., and he started by printing shirts for car shows before someone asked him for a Trump shirt.

Domanico held some tent sales, including one at the Oaks Gun Show, and those eventually led to a kiosk at the Neshaminy Mall. Before opening The Trump Store, Domanico and his wife set up shop and sold merchandise when Trump visited Wildwood last month, according to the Bucks County Courier Times.

The permanent location sell shirts, mugs, hats, and bumper stickers and other Trump related items. Domanico told FOX29 that he received more than 500 customers the first day the store opened.

He told CBS3 that he's planning to open a second location soon.

While Trump defeated Hillary Clinton in Pennsylvania during the 2016 presidential election, Trump lost to Clinton in Bucks County.