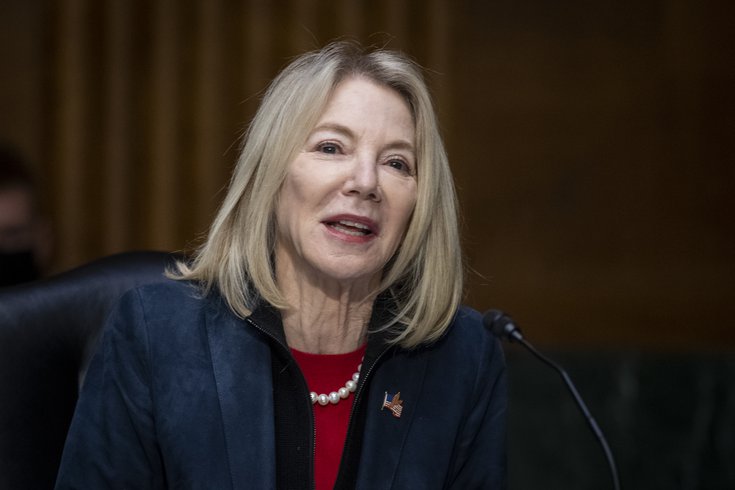 University of Pennsylvania President Amy Gutmann will become the first woman to serve as U.S. ambassador to Germany.

Amy Gutmann's nearly 18-year tenure as president of the University of Pennsylvania came to an end Tuesday after she was confirmed as the next U.S. ambassador to Germany.

The U.S. Senate voted 54-42 in favor of Gutmann's nomination, making her the first woman to serve as ambassador to Germany.

"Amy Gutmann is a proven leader who has made immeasurable contributions to the University of Pennsylvania, the city of Philadelphia and our commonwealth," said Sen. Bob Casey. "I was pleased to cast my vote in favor of her confirmation to this critical diplomatic position. Germany is one of our most important allies. Our alliance will continue to help protect democracy across the world, especially as Russia escalates its aggression toward Ukraine and other bordering states. Amy is well-suited to navigate the challenges ahead and I look forward to working with her in this capacity."

Gutmann's move to Berlin comes at a pivotal moment. The U.S., Germany and other European nations are seeking to prevent Russia from invading Ukraine. Russia, which opposes Ukraine's efforts to join NATO, has more than 100,000 troops stationed along Ukraine's border.

The U.S. is deploying 3,000 U.S. troops to Poland, Romania and Germany. President Joe Biden also has pledged to end the Nord Stream 2 natural gas pipeline slated to run from Russia to Germany if Russia invades Ukraine.

When Gutmann was nominated by Biden last July, she said she would resign as Penn's president once confirmed. Provost Wendell Pritchett will serve as Penn's interim president for the remainder of the academic year.

"On behalf of the board of trustees and the entire university community, I want to thank Amy for the extraordinary work she has done in leading the University of Pennsylvania," Penn's Board of Trustees Chair Scott Bok said. "Her tenure as president has been among the most impactful in Penn's history. She has led Penn to new heights of eminence and in doing so established herself as one of the most highly regarded academic leaders in the world."

The board of trustees nominated University of Virginia Executive Vice President and Provost M. Elizabeth Magill last month to serve as Penn's next president. A final confirmation vote is scheduled for March. Magill is expected to take up her new post in July.

Gutmann is the latest Philadelphian to join the Biden administration as an ambassador. Former Comcast executive David Cohen was confirmed as U.S. ambassador to Canada in November.

"As the daughter of a German Jewish refugee, as a first-generation college graduate and as a university leader devoted to advancing constitutional democracy, I am grateful beyond what any words can adequately express to President Biden for the faith he has placed in me to help represent America's values and interests to one of our closest and most important European allies," Gutmann said in July following her nomination.

Rumors circulated following Biden's election win that Gutmann could join the administration in some capacity. Biden and Gutmann have a long-standing professional and personal relationship that stems from the president's academic involvement at Penn in recent years.

Gutmann oversaw the opening of the Penn Biden Center for Diplomacy and Global Engagement in Washington. The center, which has continued amidst Biden's presidency, has focused on diplomacy, foreign policy and national security.

Gutmann previously called Biden "one of the greatest statesmen of our times" and credited him for "his unsurpassed understanding of diplomacy and far-ranging grasp of world issues."

Gutmann, 72, became the Ivy League school's eight president in 2004. Her contract was set to expire in June.

During her nearly 18-year term, Gutmann also served as the Christopher H. Browne Distinguished Professor of Political Science and as a communications professor at the Annenberg School for Communication.

Gutmann's focus on global initiatives led to the creation of the Penn Wharton China Center in Beijing in 2015 and the school's Perry World House on its University City campus in 2016.

Fortune Magazine named Gutmann one of the "World's 50 Greatest Leaders" in 2018.

Gutmann previously worked at Princeton University, where she served in a variety of roles, including provost and faculty dean. She also has worked at Harvard University's Kennedy School of Government and the University of Maryland.