Working toward an Uptown Theater for the 21st century

By Aubrey Nagle
PhillyVoice Contributor
The Arts Fearless Leader
from 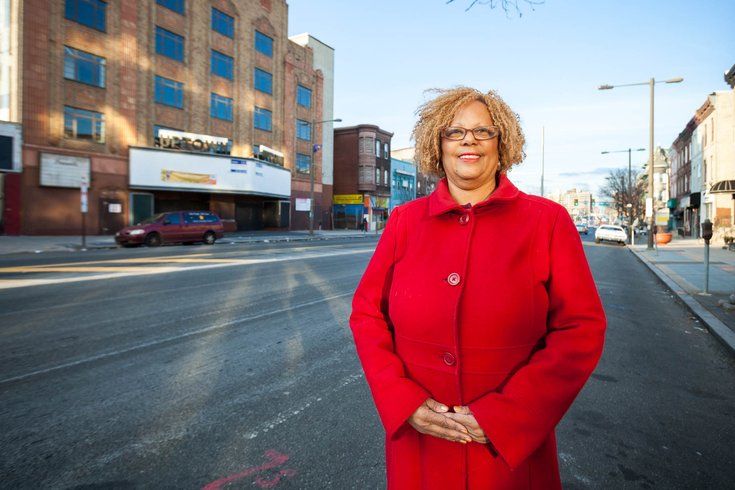 Linda Richardson is the president of the Uptown Entertainment & Development Corp., which oversees the renovation of the famous Uptown Theater. She's spent two decades fighting for its preservation - but to understand her love of the spot, you have to understand its history.

Back in the late 1920s, a beautiful Art Deco movie palace opened up in North Philadelphia to serve its largely immigrant population. The Uptown Theater was known for its luxurious interior where it showed the popular "talkies" of the time - until the Great Depression hit, that is. As the demographics of the surrounding community shifted, Uptown became known for its live performances instead and was a popular stop on the "chitlin circuit." In the decades that followed, everyone from The Supremes to a pre-Hall & Oates Daryl Hall took the Uptown Theater stage, which also became a magnet for civil rights activists in the area.

But as the neighborhood around Uptown changed once again in the late 1960s and early 1970s, the theater could no longer support its programming. It eventually shuttered in 1978. It reopened in the 1980s as a church, only to be shuttered again in 1991 after a storm damaged its roof. Uptown has sat in disrepair ever since.

What makes Richardson a Fearless Leader is how she has been fighting for the theater to be restored for 20 years. Below, she explains how she got involved, what she hopes the Uptown will be and how much more needs to be done.

How did you first get involved with the Uptown Theater project?

I was designated as the recipient of funds for the first Avenue of the Arts North project, where five buildings were renovated and three owners were involved. At the time, I was working for the African American United Fund, and the neighbors started complaining about vandalism in the Uptown, so I talked to one of our supporters, who happened to be the executive director of the then-governor’s Advisory of African American Affairs in Harrisburg under Gov. Casey. So we got a $30,000 grant to do a feasibility [study] on the Uptown and what it would take to get it renovated. In the meantime, the organization started to look at ownership, so we structured a nonprofit, tax-exempt organization in 1995 called the Uptown Entertainment & Development Corp. and started the acquisition process. In 2004, we were able to get title to the theater while we were still fundraising and looking at what kind of activities could go into the Uptown.

The last update I heard of the Uptown’s progress was during your huge annual fundraiser in June 2015 – what’s been happening since then?

We are looking to raise some additional money to fix the roof and to be able to complete the Phase I of the theater, which is to secure the elevator, get a fire suppressant unit and get an electrical transmitter to be able to operate the building. Once that’s completed, we will start on the renovation. We hope to get some tenants to come into that portion of the building while we’re completing our fundraising to restore the auditorium and the balcony. So we’re hoping to restart in mid-February to complete the first phase of the renovation project.

What’s the overall timeline for the project’s completion?

First phase is at the end of the year, and the next phase is when we’re able to complete our fundraising goal. The anticipated cost is about $10 million, and with our internal fund development and grants and the acquisition costs, we have raised about $5 million, so we’re halfway there.

So what drew you to the project?

I started out as an actress and a dancer when I was in high school and college. I was involved in the theater as an actress, and the night that Martin Luther King Jr. was assassinated, we were rehearsing a play that was in the building that is now known as Freedom Theater. People were very, very upset. Riots had started. So, many of us who were in the theater started going out and talking to people, and some of us kind of learned some of the concerns and the lack of responsiveness that many of the residents in the neighborhood were feeling, and I thought that the work that I was doing wasn’t really relevant. There was so much need.

So I started talking to other people and started raising money and got a job as a community organizer, so I kind of switched my focus from art and looked at community development. So when the Uptown project came into my lap, it was a merging of the skills that I had developed as a community organizer and a fundraiser with my love and interest in performing arts.

What are your dreams for the space, down the line once the funding is completed? Ideally, what do you hope happens with the theater?

We want to be able to add a cultural diversity to what has been traditionally in historic preservation, number one. We learned that we were preservationists. We started to save the Uptown, but in that process learned that we were preservationists. So, one, we want to preserve the only Art Deco movie theater that stands intact in Philadelphia, and that’s a very big honor for us to be able to keep a building that has been deteriorating and to be able to say that an Art Deco building built in 1929 is still intact because of the stewardship of the Uptown Entertainment & Development Corp.

Number two, we want to be able to provide employment and opportunities for community residents and young people who have a low level of graduation rates and going into higher education. We want to be able to utilize entertainment as a vehicle, both behind and in front of the stage and the camera, to provide jobs that you don’t necessarily have to go into higher education, but if there are opportunities, then we are working to make sure young people do have the skills to be able to do that.

Can you tell me a little bit about some of the community programs the UEDC is involved with, like the Youth Got Talent and Voter Education Forums?

We do a youth program that uses a talent contest to bring young people in. We give them the opportunity to audition, and then we pick four or five winners, provide them with a cash prize, and then for a year, they perform throughout the community. Last year, they performed on Channel 3. We also have monthly sessions where we help them with their math and science, and also they learn about people in entertainment. So that’s the focus of our youth program.

Our community forums are designed to educate the community around public policy issues. So right before the primary or general elections, we work with a collaborative to bring [in] people who are running for office - who either want to retain their seats or want to challenge people who are in office - so that people in our community have a chance to look at the issues and the people who want their vote.

What’s your favorite part about your work in UEDC?

One is to be able to take a young person who has some talent but doesn’t have the ability to be introduced to professionals in the business, and to give them the opportunity to learn about and to actually contract with a well-known entertainer and to travel with that entertainer as a songwriter or performer. So that’s really exciting to take a young person who is about to graduate from high school and help them to develop.

The other part is looking at and trying to find people who are not necessarily known, who can develop the kind of activities that are needed in the Uptown. An example of that is terra-cotta tile restoration, which we had to do, was only certified by people who lived outside the city. We were able to take a female-owned company that could do that work and now is certified by the Philadelphia Historical Commission to be able to do terra-cotta tile restoration. So, for a community-based organization that’s based in an American community, we want to be able to look at diversity and give people opportunities that they haven’t had.

What other community organizations or projects, besides UEDC of course, are you excited about in the city?

We’re working right now with helping to develop an intergenerational housing program where grandparents who unfortunately have had to take custody of their grandchildren through no fault of their own and who need housing, so we’re in the process of working with a group that is doing advocacy for grandparents and working with them to develop their technical capacity to put together a housing project. We’re hoping to locate that at 15th and Norris streets, and so that’s the second-largest project we’re working on.

When you’re not taking care of your community, what do you do for fun?

What does being a Fearless Leader mean to you?

One thing is to push forward in spite of the obstacles. The project we’re doing with the Uptown was not something that was very popular. People felt that the building and the site should’ve been torn down and used for parking or whatever. So to try to convince funders and elected officials that this is important was something that I considered to be one of the highlights of working to take something that wasn’t popular and make it popular. The Uptown has a great deal of affection in the hearts and minds of a - lot of older people but a lot of people – Temple students or younger people who didn’t know – but hopefully to make those connections and make it important is one of my highlights.

I just can’t take no for an answer. That’s the worst thing to tell me, “no.” You can tell me “maybe” and, of course, “yes,” but if you say “no” that makes me even more determined to get to yes!