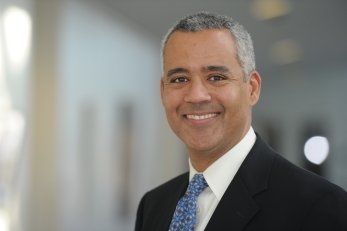 Mark C. Alexander will be the first African-American dean of the Villanova University Charles Widger School of Law.

Mark C. Alexander, who will be the first African-American dean of the Villanova University Charles Widger School of Law, will replace John Yukio Gotanda, who is leaving to become president of Hawaii Pacific University.

Alexander currently serves as associate dean at Seton Hall University’s School of Law, which he joined in 1996.

“Mark Alexander brings tremendous academic and practical skills to his new role as Dean of the Villanova University Charles Widger School of Law,” said Reverend Donohue. “Our search centered on finding an individual who understands the changing landscape of the legal industry, believes in the values of Villanova’s Augustinian Catholic tradition and has the breadth of experience to sustain and build upon the Law School’s forward momentum."

Alexander specializes in constitutional law and the intersection of law and politics. He has written several books on the First Amendment of the United States and published frequently in scholarly journals.

"It is a tremendous privilege for me to be named the Arthur J. Kania Dean of the Charles Widger School of Law at such an exciting time in the Law School’s and University's history," said Alexander. "I am also honored to be the first African-American Dean in the history of Villanova Law and look forward to working collaboratively with all constituencies in the Law School to build a diverse, thriving academic community that holds itself to the highest ethical standard and reflects an unwavering commitment to service, the public interest, student success and excellence in teaching and research."

The Villanova University Charles Widger School of Law was founded in 1953.