By Emily Rolen
PhillyVoice Staff
The Arts Street Art
from 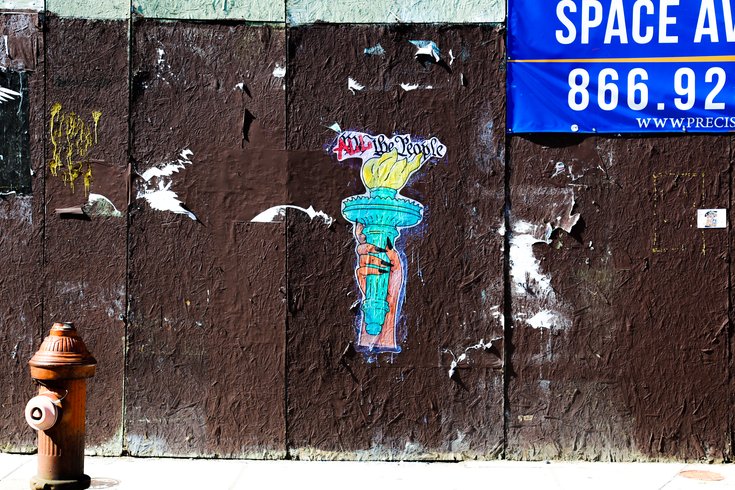 A wheatpaste that reads "All the people" street artist and graphic designer Marisa Velázquez-Rivas, a participating artist in "To the Polls."

The show, titled "To the Polls," will feature 10, eight-by-eight, temporary murals that rally around the idea of collective action through voting, specifically in those Nov. 6 midterm elections, the organizers announced Wednesday.

And while you're there, consider registering to vote if you haven't yet. Yep, a voter registration table will be set up throughout the show's week-long run from Sept. 26 through Oct. 3, just for your convenience.

The warehouse exhibit, at 448 N. 10th St. in Chinatown North, takes place just before the deadline for voter registration — which we should all have engrained in our heads by now — on Oct. 9. (Note: registration will be open every day, save for Sept. 29.) You can go see it 12 to 5 p.m. throughout the week.

Benner, the show's curator and organizer, will also give a free panel discussion on Monday, Oct. 1, from 5 to 8 p.m. in the space. Panelists TBA.

Only half of the 10 participating artists have been announced so far, but we can expect the other five to make themselves known in September, according to Benner. 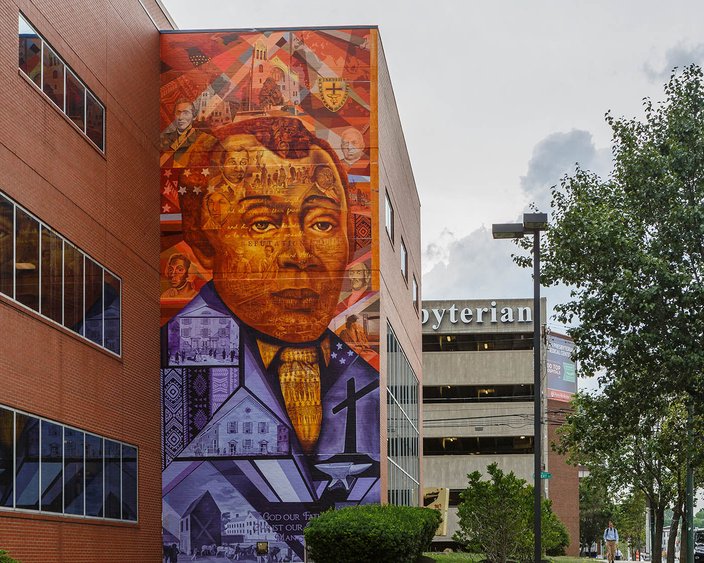 The mural titled “The Legacy of Bishop Richard Allen” by Willis “Nomo” Humphrey in West Philadelphia that was completed in July 2016.

"It’s frustrating to live in a country where in poll after poll it seems the majority of people living in the U.S. largely agree on so many vital issues from criminal justice reform to better funding for public education and healthcare, but our government doesn’t reflect these values,” Benner said.​ “It’s my hope that the more people participate, and by participate, I mean both vote and run for public office, that we’ll start to see a government that reflects its people.”

The show is seemingly setting an example for what artists and community leaders like Benner want for Philadelphia communities: engagement. A chance to counter historically low voter turnout in midterm elections, but also inspire people to seek out collaboration.

"The artist's job is often to point the way for us and Conrad as curator along with a very talented team of artists are helping to point the way forward," Jane Golden, Mural Arts' executive director, said in a statement. "Our country is frayed and divided."

"There is no better time than now for the artists' voice to be heard, as art has the ability to cross cultural and political lines. An artist’s creative expression can spark productive dialogue, ask questions, and create space for all of us to finds answers."