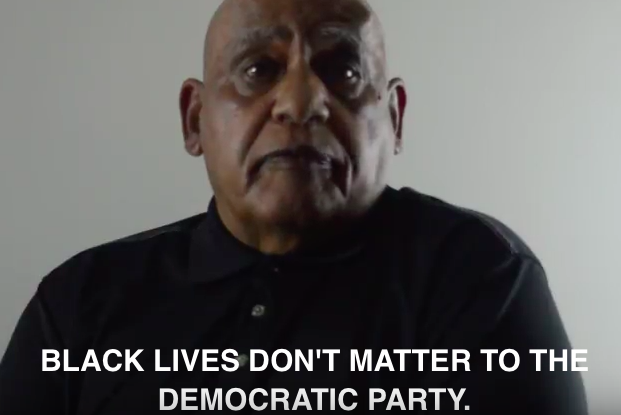 It’s a 12-minute declaration – complete with a link to a new website – that’s sure to endear the former state legislator and oft-declared candidate to a party that will send droves of delegates to town in two short months.

“The walls of the inner-city communities in America have been torn down leaving us unprotected,” he said in one of several videos posted to Street’s Facebook page in recent days. “In this presidential election, we must ignore party labels and vote our immediate survival needs.”

That’s clearly a nod toward his vocal support of all-but-certain Republican nominee Donald Trump, for whom he’s been lobbying for months now.

"It's time that black people stand up and confront the problems that exist in their community." – Milton Street

In the video, Street attempts to draw a link between the city’s long history of voting Democrat, lingering urban violence and seeing his attempts to form a community anti-crime patrol rebuffed, and even mocked locally, at every turn.

He also references the civically famous coffin press conference outside of City Hall in 2007.

In many ways, it echoes statements he made after meeting with Trump in Virginia six months ago, chiding the Black Lives Matter movement for not rallying against black-on-black crime in inner cities.

As he told PhillyVoice in December, “Since 2007, we’ve had 3,000 black people killed by black people in Philly, and all those Black Lives Matter people’s jaws were locked down tighter than a crab’s a--. Black Lives Matter has to go into the black community and stop the violence before they can have standing and credibility. … Obviously, [Trump] agreed with that.”

In the video message – which he bills as the “first in an eight-part series” – Street notes that, “I’m simply saying that black people are killing black people everyday, and we have to stop it. The only people who can stop the violence in the inner cities, and in the black community, are the people who live there.”

The mere existence of so many shootings in urban areas stands as proof to Street that black lives don’t matter to elected officials. He blamed the for-profit corrections industry for much the problem, and said "Ban the Box" is nothing but "voodoo legislation."

"What we haven't had is leadership coming out of the mayor's office, from elected black officials, and from all elected officials, that will facilitate a program that stops this killing. If black lives mattered, then we wouldn't have this problem."

You can watch the video in its entirety below (and his response to the responses to said video here):