Gyroscopic ride set to debut in 2018 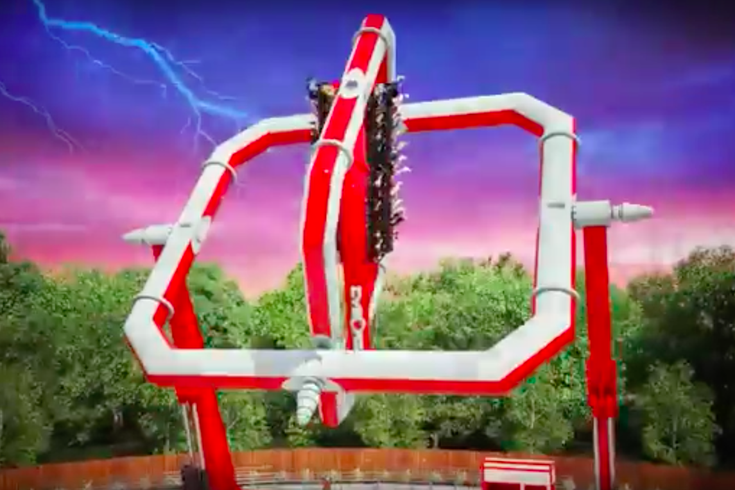 Never in the history of amusement parks has a new ride been pitched as anything but the most amazing adrenaline rush of your life.

That was the standard last year when Six Flags Great Adventure touted its new 4-D roller coaster, The Joker, as pure "spinsanity"— right up until it almost immediately broke down. No one got hurt and it worked like a charm after that. It's just a reminder that these are all death-defying feats of engineering that rely on your blind trust in the physics of a good thrill.

Enthusiasts now have a groundbreaking new ride to look forward to when the 2018 season comes around. Six Flags announced plans Thursday for its latest venture, the gyroscopic CYBORG Cyber Spin. It's named after DC's Justice League superhero and it looks downright dizzying, in a good way.

Manufactured by Switzerland's ABC Rides, CYBORG features a triple box design that allows the 24-seat gondola to spin around three separate axes, simultaneously rotating forward, backward and sideways at up to 70 feet in the air. Six Flags promises a thrilling combination of positive and negative gravitational forces, accompanied at night by a dazzling light display.

“Six Flags leads the industry in thrill ride innovation; it is part of our DNA,” park president Neal Thurman said. "Six Flags Great Adventure is home to an unparalleled collection of record-breaking attractions and we are excited to be adding CYBORG Cyber Spin, the first of its kind in North America."

The ride is expected to debut in late spring of 2018 in the park's Metropolis section. You'll probably want to plan to eat after you've had your guts turned inside out.