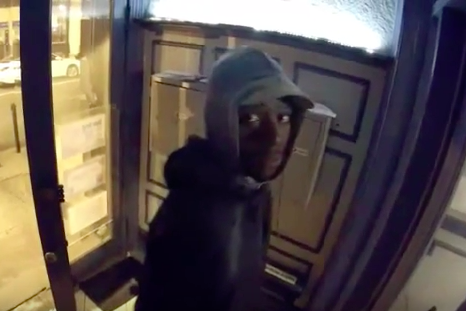 This suspect is wanted for stealing mail from an apartment complex near Rittenhouse Square.

Philadelphia Police are searching for a man caught on camera breaking into a mailbox and taking some of the contents inside at a residence near Rittenhouse Square over a month ago.

According to authorities, the suspect entered the apartment building on the 2000 block of Walnut Street around 4:30 a.m. on Oct. 30.

He can be seen on surveillance footage forcing open the mailbox with a metal object in the vestibule and snatching several pieces of mail before fleeing in an unkown direction.

Police say the man may be responsible for the unauthorized use of a credit card taken from the mailbox. Watch a video of the crime below:

The suspect is described as a black male, standing 6'0" tall and weighing about 180 pounds.

Authorities ask if you see the man, do not approach him. Instead, dial 911.